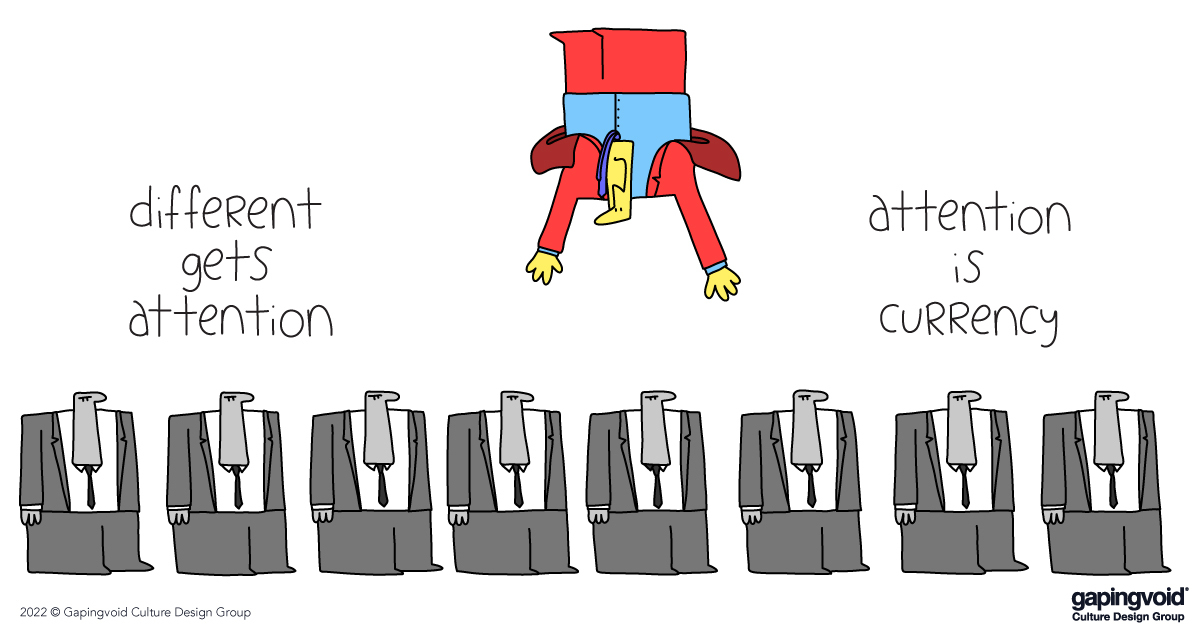 That means the beloved American tradition of the “I voted” sticker is right around the corner.

This simple sticker has always been a device for facilitating the spread of voting as a cultural norm. It reminds non-voters to think about voting so they can also display their civic-mindedness.

It’s also a device for social proof; showing those who haven’t voted that “people they know vote,” or as our friend Seth says, “people like us do things like this.”

Usually, the sticker has some cut-and-dry imagery: the state bird, a county seal, or something that’s red, white, and blue…

But recently, a 14-year-old in New York entered a contest for designing the next “I voted sticker,” and his entry blew the rest of the competition out of the water.

We won’t attempt to describe it. Words can’t do it justice.

Shattering expectations and daring to stand out transformed a small effort in a rural county into a national story.

That’s what happens when something slashes through “implied” rules that don’t matter, the rules that everyone assumes exist but really don’t.

As Seth also says, “the ideas that spread win.”