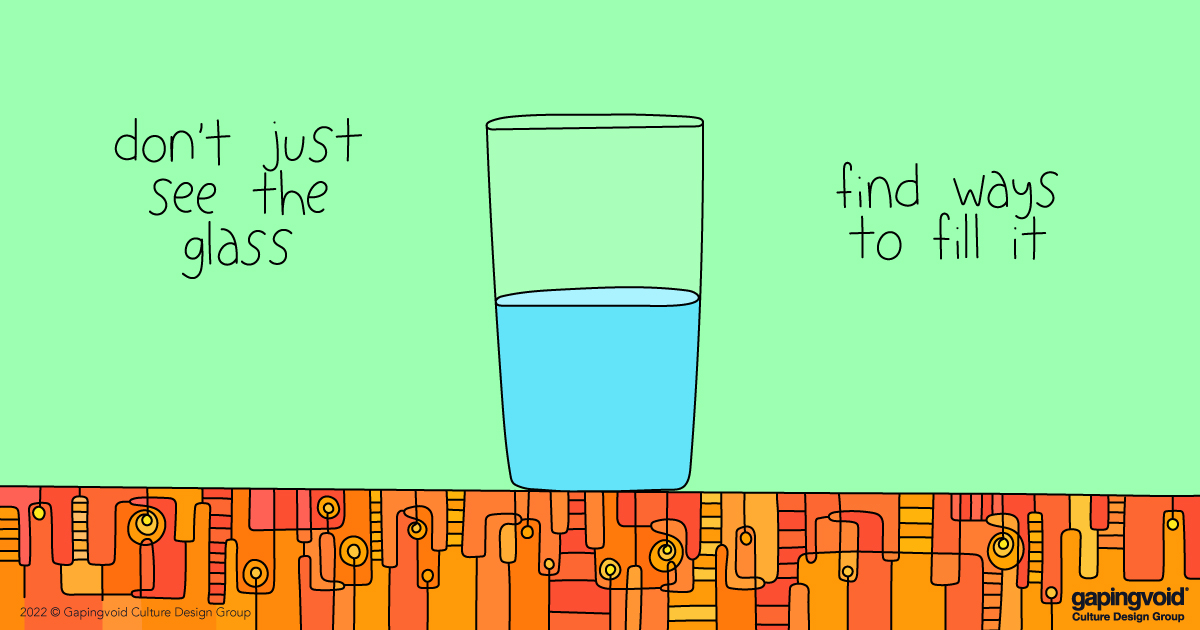 Ford had many faults, but he certainly hit the nail on the head with this one.

As Peter Thiel wisely counsels us in his bestselling book, Zero-to-One, some mindsets are effective truths… or more simply, self-fulfilling prophecies.

Cynicism is a common one.

It evokes an eternal debate. Curiosity or suspicion. Empathy or distrust. (Half-full? Or…?)

Cynicism is often a disguise for the impulse to “keep things the way they are,” which is a lot easier than pursuing bold plans and revolutionary changes.

The cynic has a go-to reason not to do anything difficult.

“Why not pursue this awesome new software integration that will simplify our outdated and bureaucratic processes ten-fold?”

“Why not launch an updated system for information sharing, which will help break down silos?”

“Why not hope for and aim at doing things better?”

Reflexive cynics therefore must reform their ways or get out.

(This doesn’t mean it won’t take time to shift their mindset. It will. But you can tell who is and who isn’t making an honest effort of it).

As Elon Musk said, “I’d rather be optimistic and wrong than pessimistic and right.”

Cynicism is a mindset. Optimism is too.

The choice is yours. Up or down?