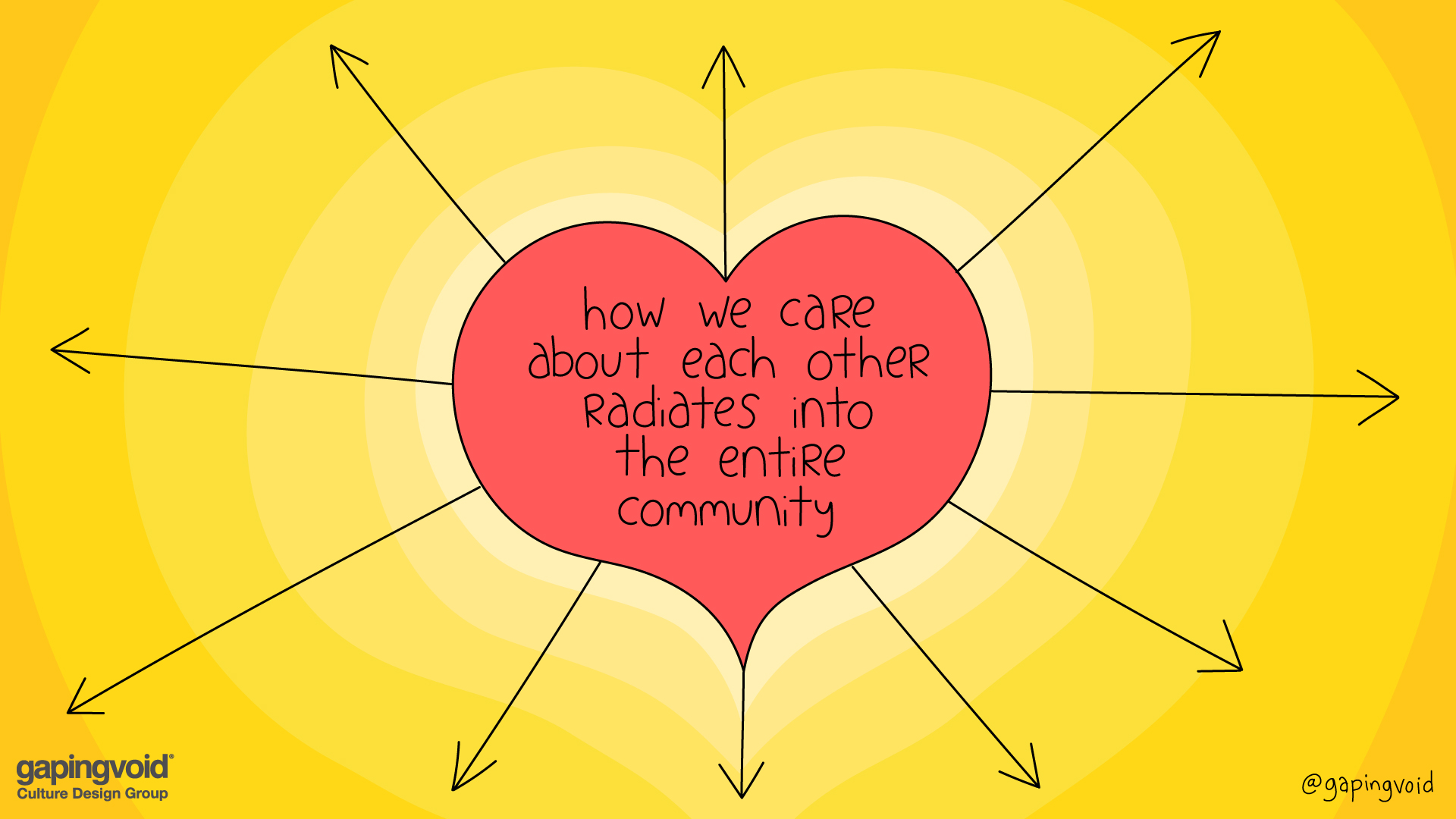 We came across a great Twitter thread recently that shared anthropologist Margaret Mead’s take on the first signs of civilization. She shared that it’s not what you might expect (cooking utensils or tools) but a “femur that had been broken and healed.”

“In the animal kingdom, if you break your leg, you die. You cannot run from danger, get to the river for a drink, or hunt for food. You are meat for prowling beasts. No animal survives a broken leg long enough for the bone to heal.

“A broken femur that has healed is evidence that someone has taken time to stay with the one who fell, has bound up the wound, has carried the person to safety, and has tended the person through recovery.

“Helping someone else through difficulty is where civilization starts,”  Mead said.

Anthropologists may argue how scientifically accurate Mead was (the level of peer review, etc), but she makes a great point: It’s easy to be a cynic.

It’s easy to think that humans are purely self-interested. Psychotherapist Alfred Adler (the founder of individual psychology) argued, for example, that the fundamental human motive was a will to power. Neitchze agreed.

But after recent events in Florida in the wake of Hurricane Ian, we see people continually stepping up and helping each other out, proving it isn’t that simple. That there is more goodness in us than we often give ourselves credit for.

Times like these evoke Viktor Frankl’s idea about what really motivates us most fundamentally: the will to meaning, the will for community, and the will to belong.

Times like these reveal that, in some of the toughest situations, there’s still room in the human spirit for one of the purest motives: “for each other.”