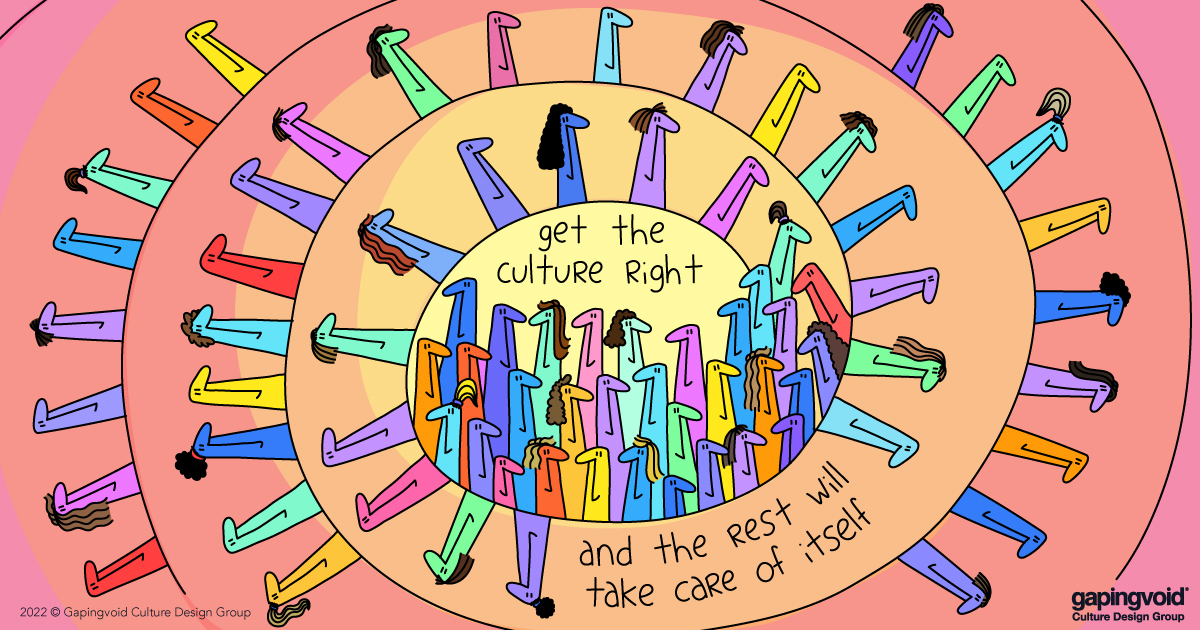 The advertising industry lost a real titan recently. Dan Wieden, the co-founder of Wieden And Kennedy, passed away at the age of 77.

W+K is arguably the most successful, famous, and largest independently-owned ad agency in the world. Wieden wrote the famous Nike tagline, “Just Do it,” possibly the greatest ad line (and campaign) of the last half-century.

Out of all his accomplishments, this is the idea that really resonated with us:

“A writer at heart, Wieden’s intention was never to create a huge advertising agency but rather to provide a place where people could do the best work of their lives”…

W+K embodied a core idea of Gapingvoid’s: ‘Get the culture right, and the rest of the business takes care of itself.’

This is what one would call a “Culture-First” ethos. Culture as the ultimate operating system.™

An interesting thing to consider is how he was able to implement this Culture-First ethos. When W+K started the agency in the early 1980s, Portland was a real backwater. We doubt they would have been able to build such a unique culture in a fast-moving advertising hub like New York or Chicago. By remaining in sleepy ol’ Oregon, people left them alone.

You could say something similar about Chiat Day, Apple’s main agency of record. Nobody was paying attention to what was going on in Santa Monica, simply because nobody cared. This gave Jay Chiat the space he needed to build his own thing, not just another cog in the Madison Avenue machine.

Sometimes, being outside of the main center is a distinct advantage.

Because often, that’s where you need to be to just do it.