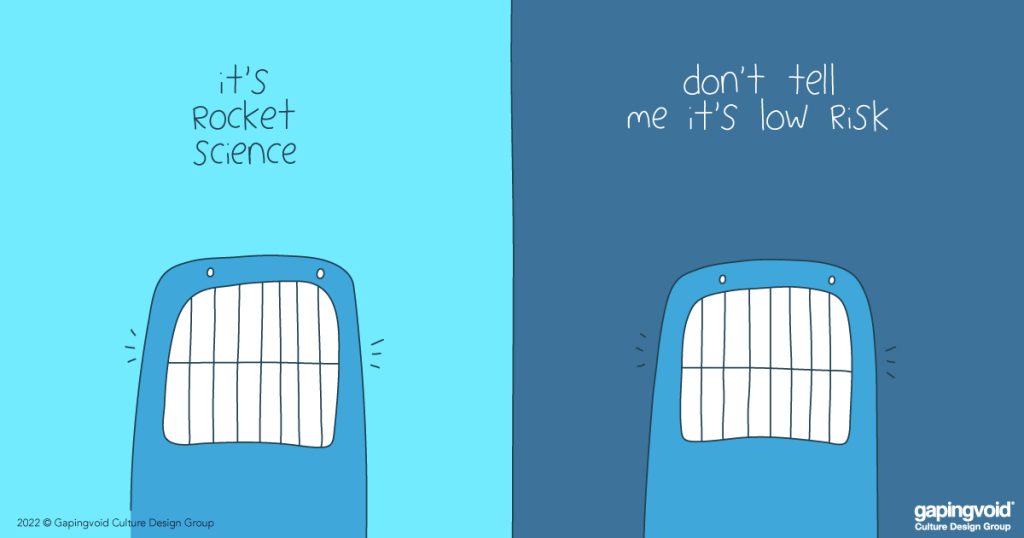 The insight from the semiotic above is from NASA  Associate Administrator Thomas Zurbuchen, who was interviewed in 2020 on The Knowledge Project Podcast. It was under Zurbuchen’s direction that the Jame Webb project was fixed, and he is responsible for NASA’s $8 billion R&D budget.

The big space news of late was how Artemis, NASA’s new moon rocket had sprung a fuel leak, delaying its launch by many weeks.

Safety is paramount in human-carrying space programs (and this is the biggest one since the Apollo moon landings of a half-century ago), so such a large delay is to be expected.

“The best-laid plans of mice and men often go awry,” wrote Robbie Burns. Even at the pinnacle of human technology, of human endeavor (as this is), the usual frustrations and delays that plague all organizations are part of the dance, part of the process.

There’s something strangely reassuring about that. Hey, if it can happen to NASA…

Funnily enough, it’s for precisely this reason that Space X builds failure into the core of their MO. They KNOW something bad is going to happen eventually, and they plan for it. That’s why when a rocket explodes on the launchpad, instead of going all hysterical, Elon Musk takes it in his stride, with a very “Oh well, at least we learned something” attitude.

As opposed to the alternative…