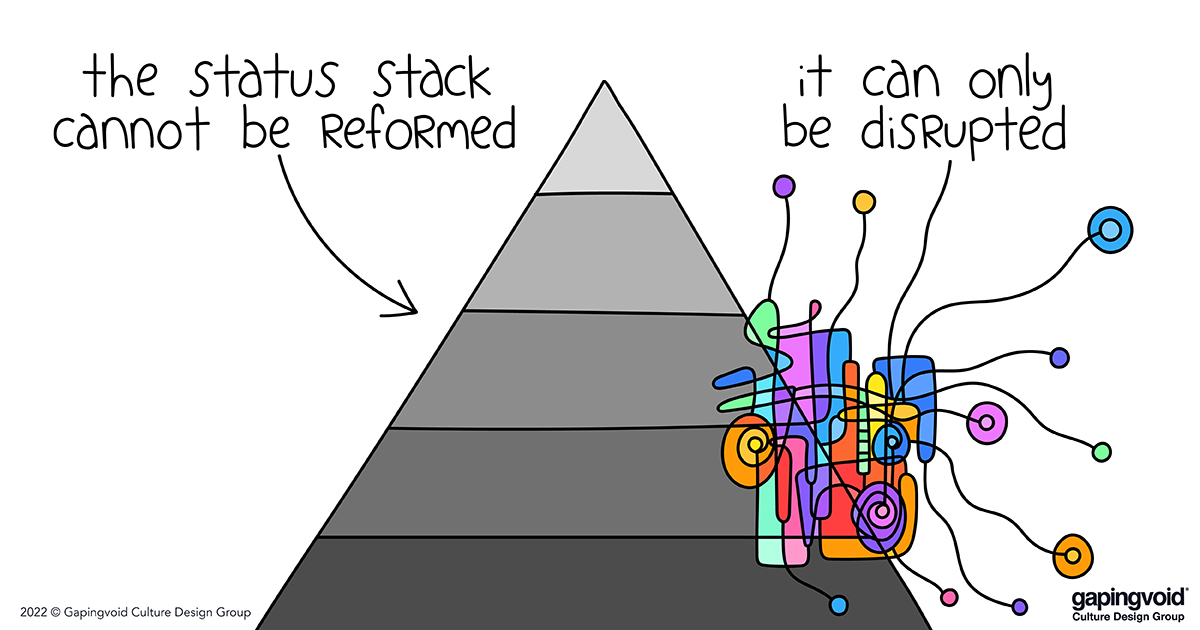 This image was inspired by something Marc Andreessen, the legendary VC said in a recent podcast (The Knowledge Project #129), namely that when an organization gets to a critical mass of bureaucracy and stagnation, it can no longer be reformed from the inside. The only thing that can happen is that it can be toppled from the outside

The last Soviet leader, Mikhail Gorbachev has died. He was 91.

But once he started the process the whole thing started to unravel, and the entire country imploded. And that was that. Once it all collapsed, the Soviet Union ceased to exist within weeks (and nobody in the West or the East saw it coming, by the way), they’ve been trying to pick up the pieces ever since.

So “Gorby” is an interesting case. A fellow who tried to do something good failed miserably but somehow ended up on the right side of history nonetheless. He will be missed. We could use more like him.

Thirty years later after the fall of the Soviet Union, it’s still an interesting question. Starting from where Gorbachev was standing, what would one have done differently? Hard to say.

Like Marc Andreesen said, once a culture gets to a certain state of stagnation, internal reform is impossible. Nothing to do but let the outside world eat its lunch. Let that be a lesson.