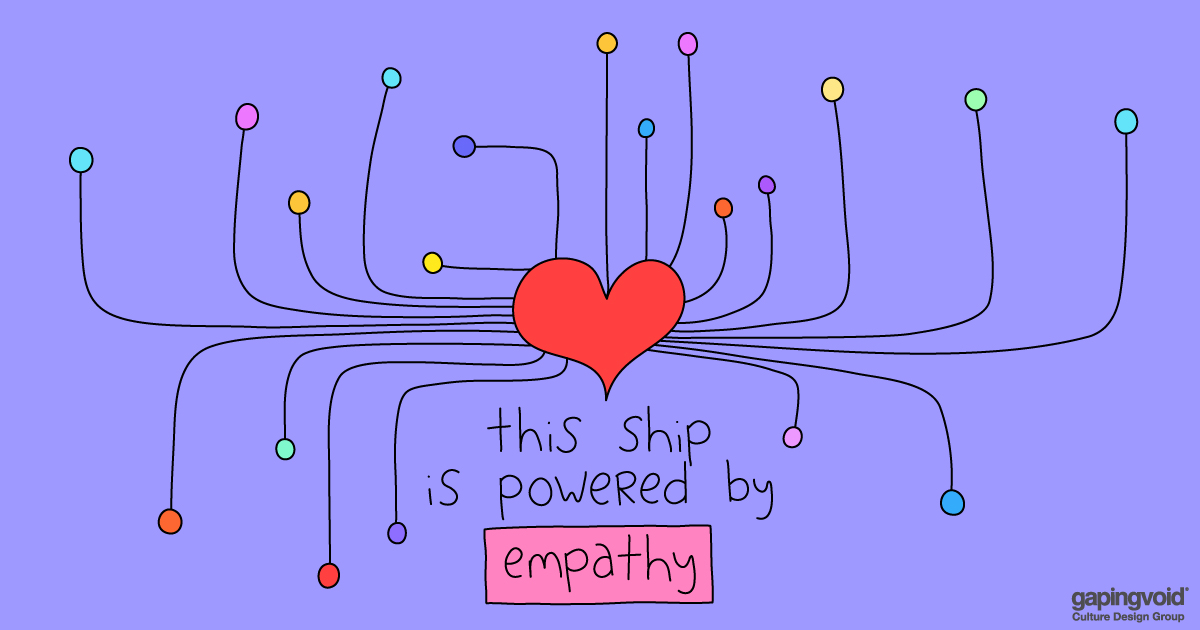 There’s a cornerstone of Western thought, calledThe Golden Rule. Basically, it says (as it says in the Bible), “Do unto others as you would want done to you.”

But it isn’t just in the Bible. Aesop, the Greek storyteller talked about it 4,000 years ago:

The wind and the sun are squabbling. They are arguing over who is more powerful. They agree to settle it with a competition.

How do they compete?

They decide to test their strength by trying to take a traveler’s coat off.

The wind tries first. He sends gust after gust of a cold, forceful, and blustering gale at the traveler. His strategy is to try to tear the coat off.

The traveler only pulls his coat tighter.

The sun scoffs at the wind’s foolishness. It’s his turn.

What does the sun do?

He sends ray after ray of warm, kind, and loving sunshine at the traveler.

What does the traveler do?

He takes his own coat off.

People want to be persuaded, not pushed or pulled; led, not commanded.

Don’t fall into this trap.

Be the sun, not the wind.

Lead with respect for their autonomy. Some of the most persuasive words in the English language are “it’s up to you” and “the choice is yours.”

The moral is first, the wind represents the blatant Hard Power and the Sun, supposedly “Soft”. But “hard” or “soft” hinges on its application, not its essence of Hardness or Softness.

Second, the contest is unfair and the conclusion, oft-repeated wide and afar, is as logical as it’s ill-founded. The central and differentiating contesting issue is its Realm as much as its Framing. What if the contest is on the ability to take a traveler’s coat ON? The reverse will happen.