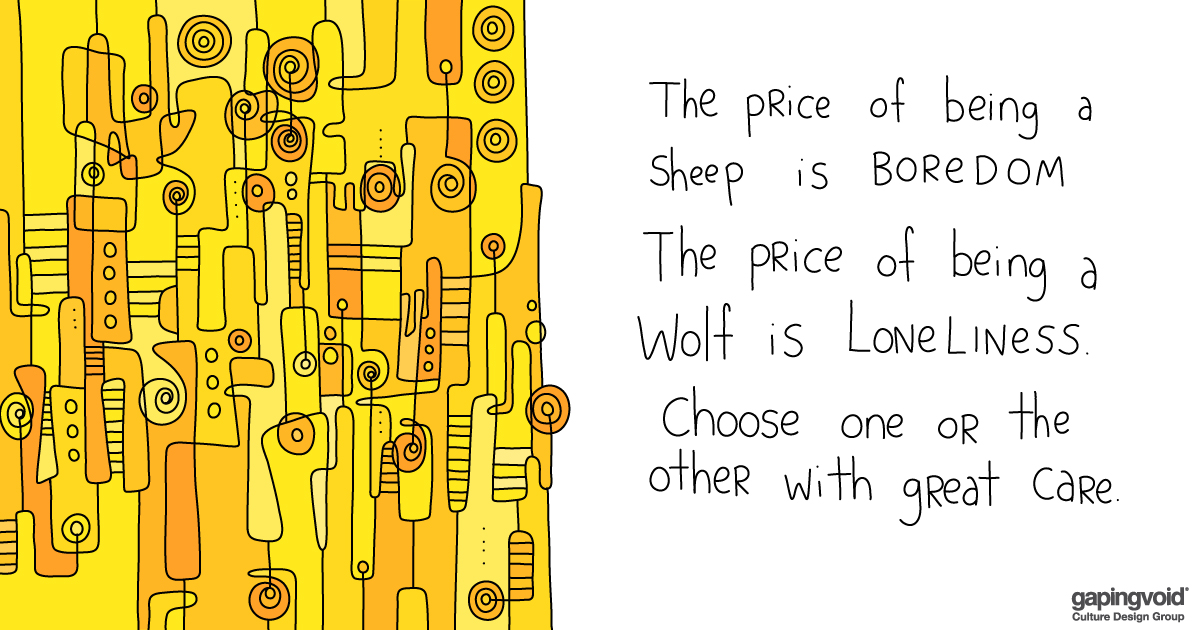 Most people here will know all about Joseph Cambell’s archetypal “Hero’s Journey.”

While everybody else remains in the village, sipping cocktails, the Hero heads out into the dark forest, kills the dragon, gets the gold, and marries the princess… and then goes back to the village to share his new gifts with everybody, including the cocktail sippers.

According to Campell’s famous 1949 book, “The Hero With A Thousand Faces,” this basic archetype exists at all times in all cultures. Everybody from Gilgamesh to Jesus to Luke Skywalker fits the archetype.

We like the archetype in business as well. We call the Hero, “The Outsider.”

While all the other execs are doing the same ol’, same ol’ and playing golf, the Outsider comes out of nowhere and shakes up the entire industry (both killing the dragon AND getting the gold in a single swoop). Henry Ford. Richard Branson. Jeff Bezos. We all know who they are.

What this article makes wonderfully clear is that for all of the Outsider’s rebel status, their success doesn’t happen in a vacuum. Steve Jobs may have been an Outsider, but he had a wealthy Technology Insider, Mike Markkula, in his corner, who became his first investor.

In other words, Outsiders are not outliers. Nobody ever gets there alone. Everything goes back to culture.