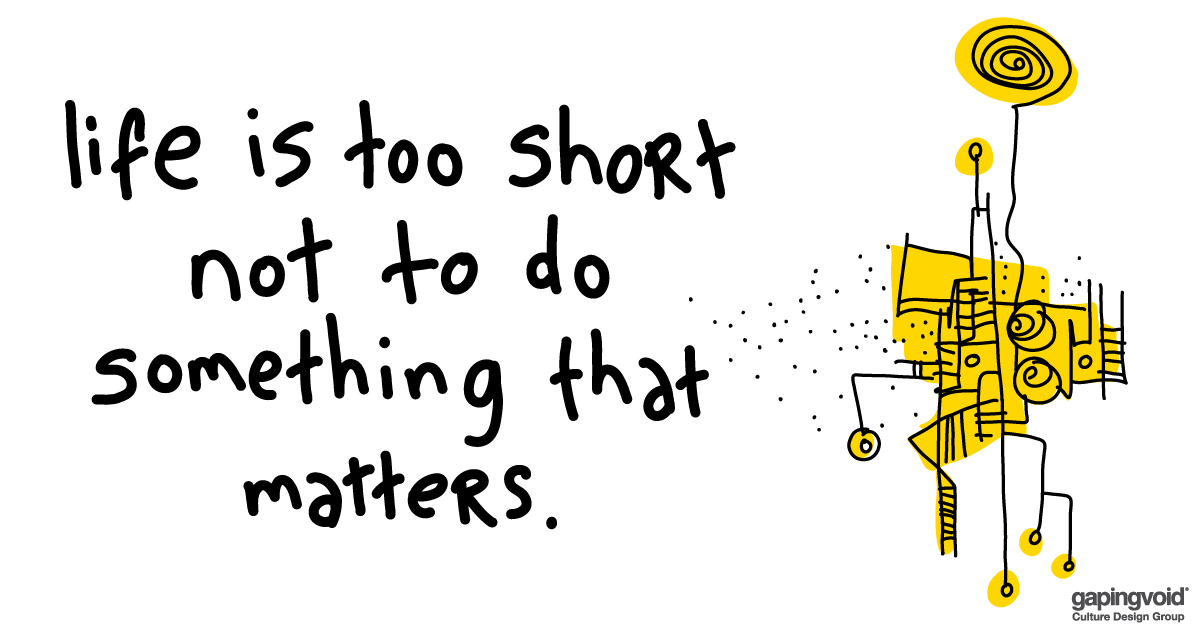 With all the disruption and chaos the last two COVID years have brought, this image rings even more true now than it did back in the day.

The last two years might have been hell, but at least a lot of deadwood was cleared.

So now what? How does one do something that matters? There are basically two ways to skin it. Macro and Micro.

“Macro” is when you choose a big, vast cause and dedicate yourself to it- something huge with world-changing implications, like say, world peace or climate activism.

Your part in it might be minuscule and even irrelevant, but hey, at least you can say you were part of the dance. At least you can say, “I was there”.The other way is just to go down the “Micro” route. Choose something small, and knock it out of the park.

Take an ordinary thing, and elevate it.

Shake Shack makes simple hamburgers. But they make them like it really matters, and people can tell. The end result is…lines out the door.

London’s Pimlico’s Plumbing was famous in England for being the first major plumbing firm to make customer service and customer happiness their main priority (In a trade notorious for second-rate work and “cowboys”). There’s nothing earth-shattering about fixing sinks. They just went about it like it mattered.

Granted, these two “Micro” examples may not change the world on a vast scale, the way the “Macro” stuff aspires to do. But they are a lot more likely to happen, in the here and now, in the real world.

A little bit of humility goes a long way.