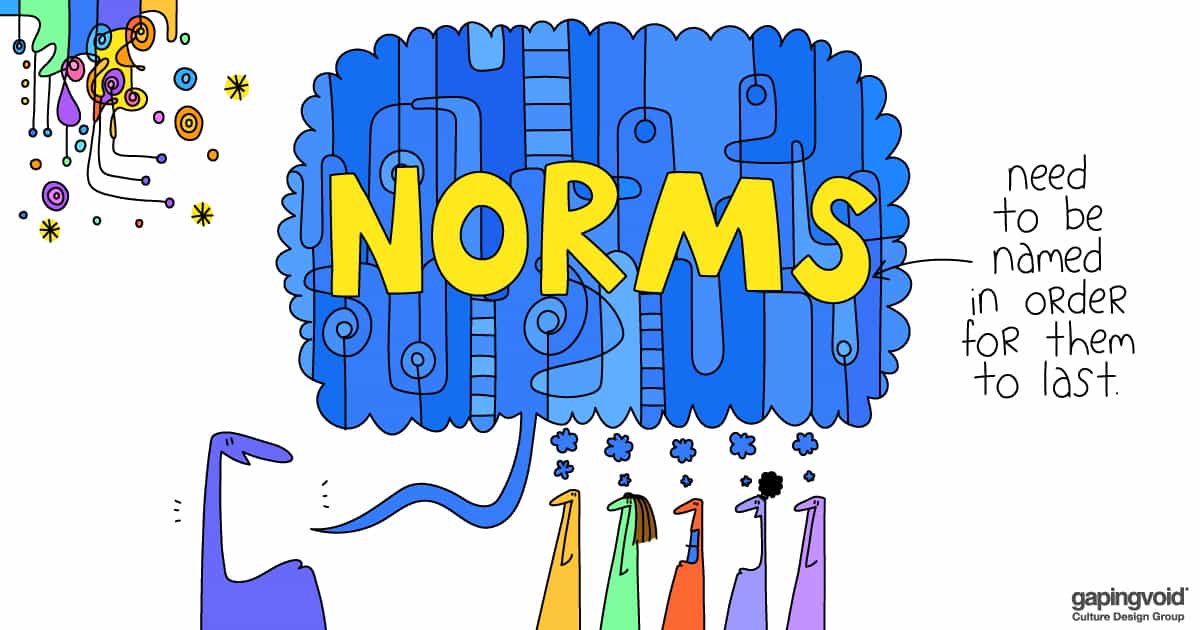 There is an old principle in law, “Nullum crimen sine lege” (No crime without a law). In other words, for something to be a crime, first, there needs to be an existing law against it.

Until you can name it beforehand, it’s not real.

A similar state exists with company norms. You cannot expect new employees to know what the norms are until they have been identified.

This includes everything from how one conducts oneself in meetings to how one goes up and down the chain of command in order to execute a task. It’s not enough to assume people know. This stuff needs to be codified, either verbally or in writing.

So now you know.