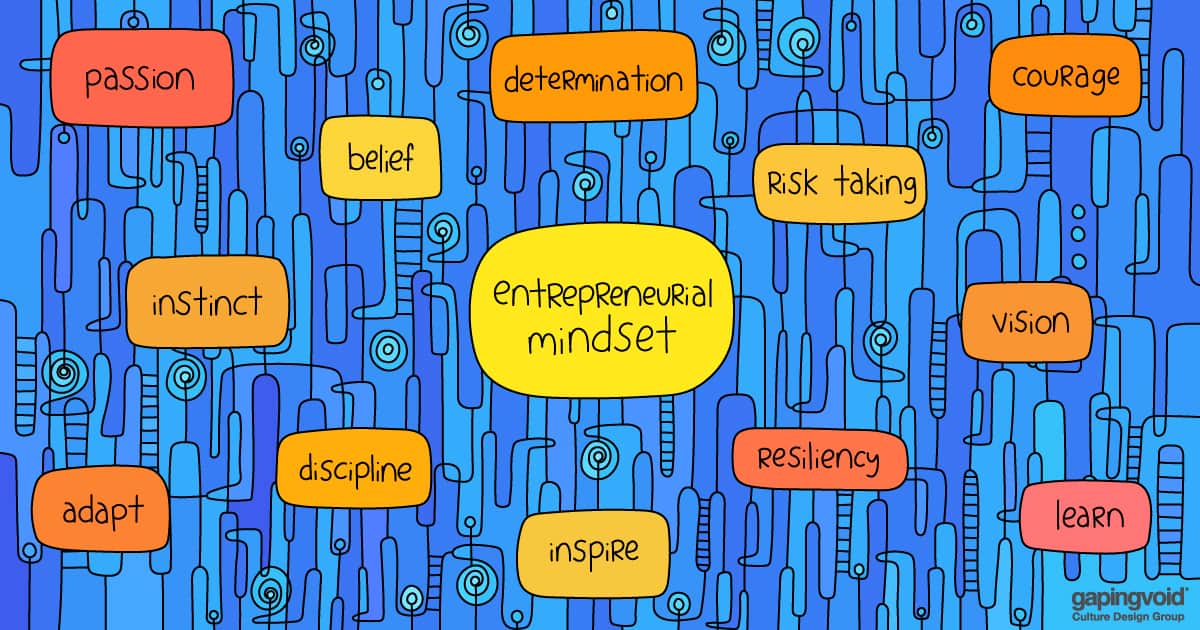 The entrepreneurial mindset is still misunderstood by many non-entrepreneurs. It is really a truth-seeking, growth-focused mental model that is fixated on getting things done. Not just doing things for the sake of doing, but really trying to optimize, and get the best outcomes. Always.

The larger the organization, the harder it is to maintain this mindset. Often people do things to satisfy their bosses, or because it is a KPI, but not because they honestly believe it is in the best interest of the business. To be sure, many people do just want to show up and be told what to do. For them, there are different, non-entrepreneurial models.

A small group of creative, resilient, folks who have the permission to focus on driving change can be transformational, even within a large organization. Behaviors spread, and that group showcases the thinking and behaviors for others to model. All change starts with small groups. As our buddy, Derek Sivers discussed in his famous Ted Talk, you only need a couple of people to start a movement.

In the opening statements of the Theranos trial, Elizabeth Holmes’ defense attorney Lance Wade argued, “Elizabeth Holmes did not go to work every day intending to lie, cheat and steal.” Instead, he said, “Elizabeth Holmes worked herself to the bone for 15 years trying to make lab testing cheaper and more accessible. She poured her heart and her soul into that effort. Now in the end, Theranos failed, and Miss Holmes walked away with nothing. But failure is not a crime.”

I believe years of working closely with startups and visionary entrepreneurs has given me a unique perspective on the case of Theranos founder Elizabeth Holmes, now on trial for multiple counts of wire fraud and conspiracy to commit wire fraud. Holmes makes for fascinating theater, but rather than picking sides, I’d like to view this 37-year-old as an entrepreneur whose dreams got out of control.