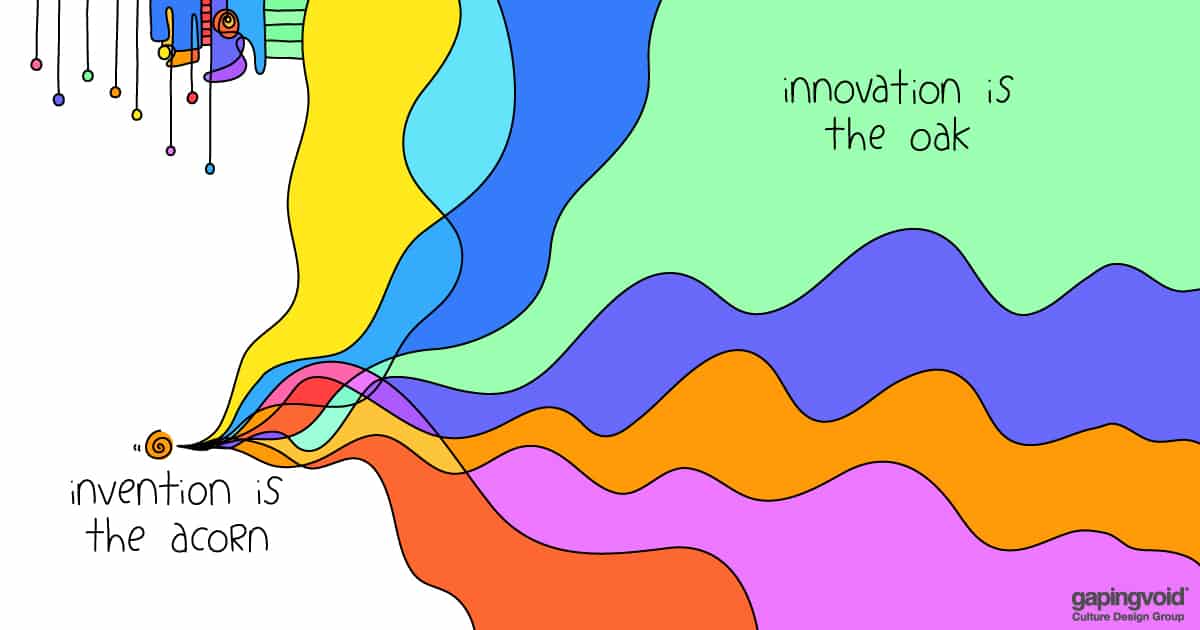 The thing about major innovation is, it comes in waves. These waves historically have lasted about fifty years, thereabouts.

Along came the railway in the early 19th Century and for the next 50 years, it transformed everything. But after five decades, the transformation peaked and it became “normal”.

Ditto cars. Henry Ford introduced them to the masses just before World War One, by 1965 its impact was a known quantity. Not that much has changed besides aesthetics since then.

Ditto the microchip. It was introduced in the early ’60s, and since then we’ve got Windows, Wireless, Apple, Facebook, and Amazon. But now we’re seeing Moore’s Law peaking as well.

So now everyone is hanging around, wondering what the next big thing is, but nobody quite knows what that might be. Quantum Computing? AI? Augmented Reality? You tell us.

So in the meantime, we keep ourselves amused with Bitcoin and Tesla and SpaceX because it gives our money something to play with, something that FEELS like it’s the next big thing, even if it may not be.

We are not technologists, but we do design socio-technical systems.

For us, the “next big thing” is not technological, but cultural: The reinvention of work to being less transactional and more transformational.

We see that people’s needs in work have changed; from being – work to pay for our lives, to work for meaning, purpose, and connection. In a recent assessment we ran for a group of 4,000 global consultants, we saw that traditionally money-motivated consultants are far more focused on social responsibility, and striving for more meaningful work.

In this new environment, leaders must step up and think differently about the ideas and language they should use to motivate and connect with their people.

If employees are less motivated by ‘the numbers’, then one must create narratives that tie closer to what matters to their people.

So what to do? Understand that trends impact both technological and human systems. Culture is an infinite game, and it is essential to connect the needs of your people to the outcomes of the organization.