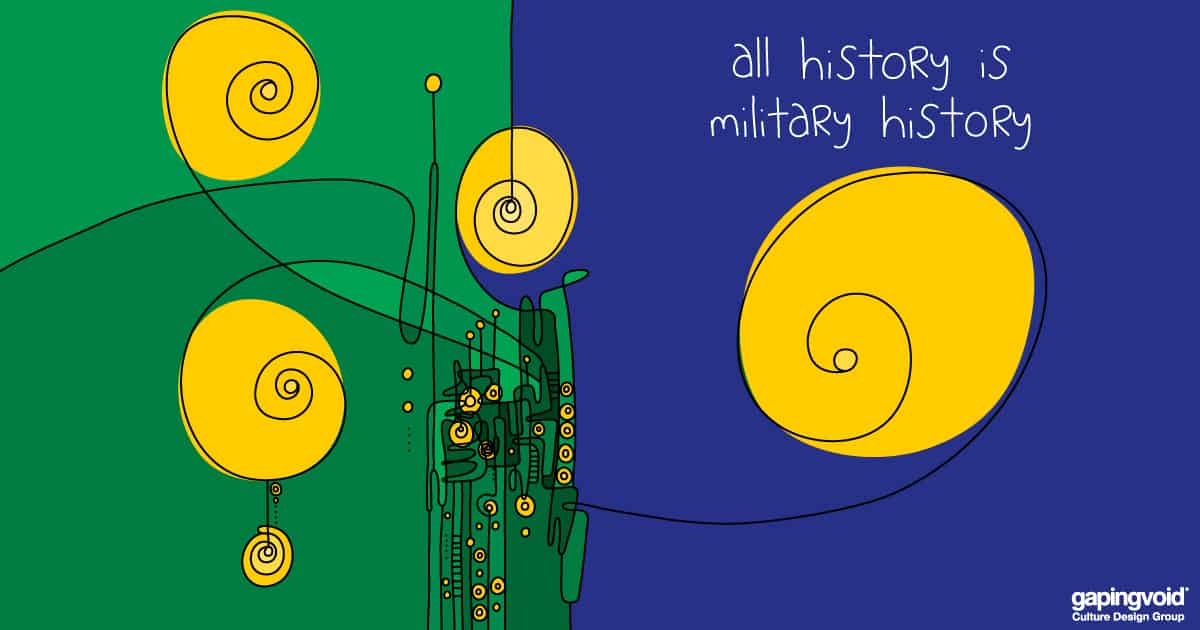 A few weeks ago, we wrote a post about the futility of trying to get human bodies to live in outer space, and “space tourism for millionaires” in general. Fair enough.

But if one takes a step back, that’s not why they’re going into space.

That time you flew to Austin from say, Atlanta to attend SXSW, to meet potential investors for your new media startup.

You flew Southwest Airlines. Which means you flew on a Boeing 737.

This means you flew on the descendant of the Boeing 707 jet airliner, which first flew in 1957.

Which got all its technology from the program that created the strategic bomber, the B-52.

Which got its technology from stealing the German Me-262 at the end of the War in 1945.

Which got its tech from the need to shoot down Allied bombers and P-45s over Germany.

Which was a result of the Germans invading Poland in 1939…

You see where this is going. Military need today creates vast sums of wealth in the future for non-military folk. The microchip wasn’t originally invented to go in glorified office typewriters (the PC) or telephones, but to go in the noses of cruise missiles. The digital camera wasn’t invented so teenage girls could take selfies, but to go on spy planes and satellites.

So what’s the next big military need we should be thinking about?

Yes, the usual suspects on CNN and MSNBC all giggled when Trump created the “Space Force” (it sounded like something out of a Gerry Anderson show, right?), but that was very short-sighted of them.

The world’s greatest entrepreneurs are going into space, not to give rich people a joy ride (the way Branson and Bezos did recently), but because they know this is going to be the future of most of the wealth and political power.

The future is space and it’s both our patriotic and economic duty to take it seriously.