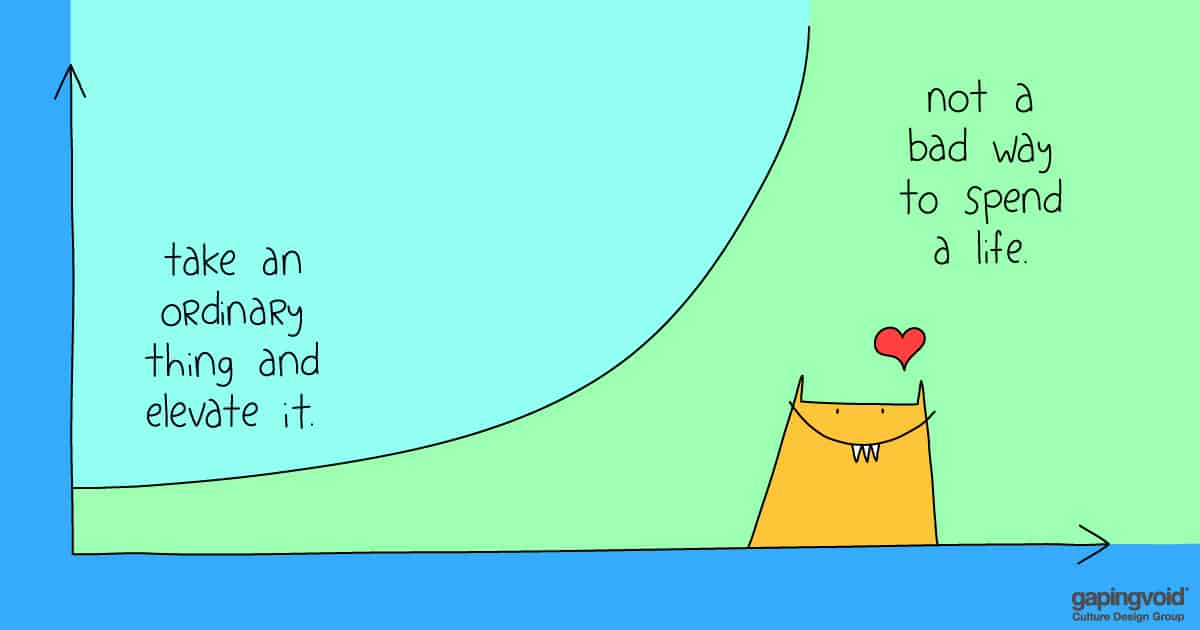 All well and good, though frankly, we think perhaps better advice would be, “Don’t chase success. Instead, chase new and interesting ways of solving other people’s problems.”

Chasing significance is like chasing happiness. At most, it’s an emotion, a byproduct, not the actual thing. At least, it’s lofty and abstract and kind of vague.

But if you just try to solve real, everyday problems for people, both success and significance follow as a matter of course. Without it having to be vague and lofty, like “Promote world peace” or “Change the world” are.

40 years ago, Charlie started out as a plumber in Pimlico, a working-class neighborhood in the shadow of Westminster Palace. He noticed a gap in the market. Serving the big townhouses in Chelsea and Westminster, he noticed that these high-end customers could expect first-class service from their tradesmen- florists, interior decorators, caterers, etc.

Yet for some reason the plumbing industry hadn’t caught up.

Plumbing back then was notorious for unreliability, dishonest trade practice, poor workmanship, and sloppy professionalism.

So Charlie just said, “Not me”.

Instead, he built a trade that was honest, reliable, did great work, with high levels of professionalism, clean uniforms, and proper branding on the vans and the invoices.

And it worked. In four decades, his firm, Pimlico Plumbers, went from a single second-hand van and a bag of tools to a small empire employing hundreds of people, doing 100,000 jobs a year.

Happy ending. In London, at least, Charlie Mullins is king.

And notice how Charlie Mullins is just a plumber. He didn’t send rockets to Mars or revolutionize electric cars or win a Nobel Prize.

He just solved a simple problem- bad plumbers. A “first world problem”, maybe, but 1. Still pretty stressful if you’re on the receiving end of it
2. One that ruined the day of hundreds of people in London on a daily basis.

And money, success, and yes, significance all followed in its wake.

He took an ordinary thing and elevated it. That’s all.

In the real world, this is how it’s done.