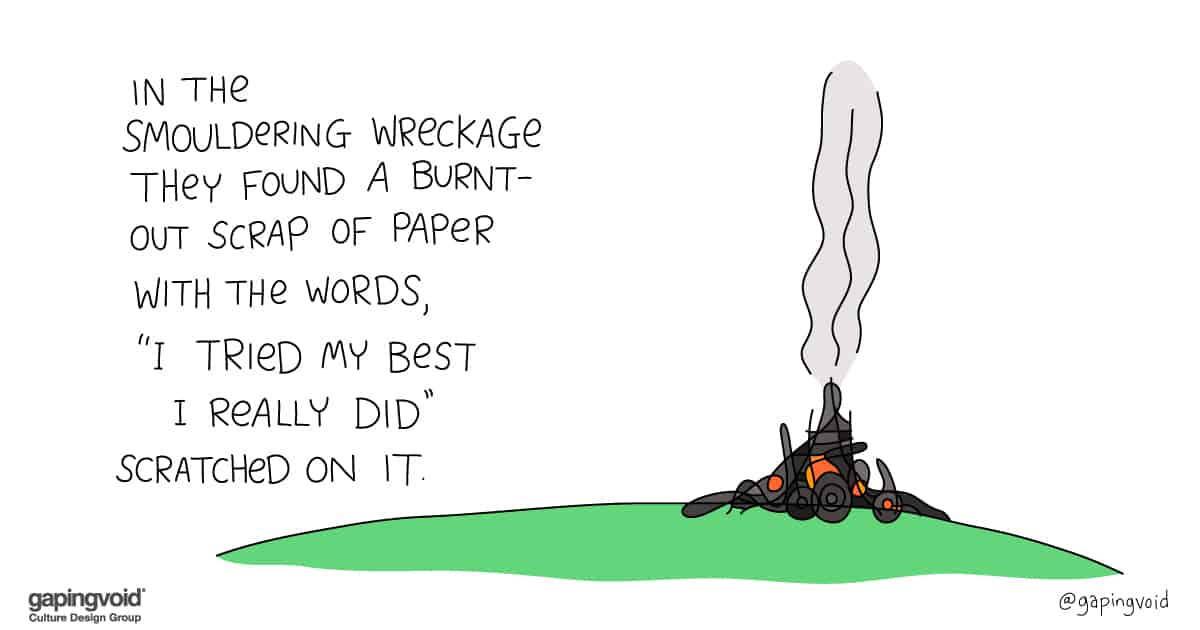 Why all the marketing speak?

People often ask why we write so much about marketing, advertising, and branding. There are many adjacencies from designing and executing culture to building great brands. Of course, the holy grail of branding is culture. You need to look no further than Southwest Airlines, Zappos, or the last six years of Microsoft, which our buddy Steve Clayton has been busy architecting.

That said, culture isn’t simply a branding exercise, it is an exercise in empathy,  human design, it is understanding the true state of the organization and literally designing the future. It really is strategic in a way that very few leaders truly understand. It is the humanOS™, that programs the behavior of your teams, and creates sustainable outcomes.

If you want to join our newly formed Culture Leaders group, a global collective of Culture Hackers, you can sign up here.

Below is from our Chief Creative Officer, Hugh MacLeod:

When I was in my last year of college, back in 1989, I was lucky enough to attend the School of Communication Arts, in London.

The SCA was this small private institution founded by this maverick educator named John Gillard.

Gillard, who sadly passed away in 2000, taught people the advertising and design business. In a previous life at the London College of Printing, he taught John Hegarty.

Gillard had a very simple ethos: “If your stuff isn’t world-class, you’re not going to make it”.

In other words, you had to try to compete with the greats: Bill Bernbach, David Ogilvy, Lee Clowes, Tim Delaney, Mary Wells. Every day, we were told to swing for the fences. Even if our ball got nowhere near the fences, we swung anyway. Every damn day.

This was an eye-opener for me. Up until that point, my education had been one of mediocrity, where “a pass” was good enough, and an “A” in a small classroom of twenty or so was top of the tree. But “Best in the world”? Who’d ever heard of that?

And here we are, three decades later, where Gapingvoid regularly competes successfully against world-class companies. We’re not particular geniuses or Nobel Prize Winners, but WE ARE people willing to go up against the big guns, willing to swing for the fences, and it almost always works.

And I think yes, we have a lot to thank John Gillard for that.

PS I reached out to John Hegarty for a quote, who kindly replied: “John was a genius at making his students believe they could be the best. And then he showed them, with inspiration, passion, and determination, how to get there”.