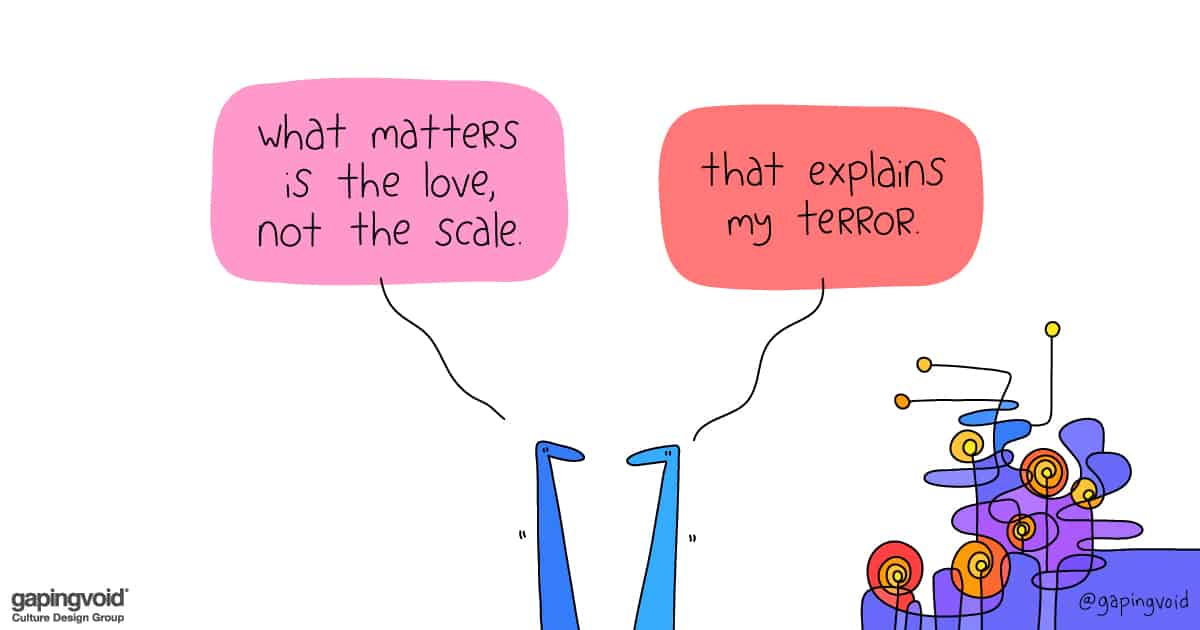 Victoria Labalme is a FOG (Friend of Gapingvoid) and a very bright soul indeed. She has a business where she coaches CEOs and other high-profile folks to make world-class speeches, pitches, keynotes, and presentations. In a world where so many fortunes are made and destinies fulfilled simply by having the right “pitch” i.e. saying the right thing at the right time to the right people (No pressure!), we thought sharing her world with our people would be very beneficial for all concerned. Exactly.

A few years after my mother died, I took my father to Las Vegas.

I’d been booked for a keynote performance there and thought my father would get a kick out of the whole scene. He’d never been, and given that it was Mother’s Day week, I figured the trip would be a good distraction.

As we walked the halls of The Venetian and The Palazzo hotels, he was completely amused by what he called the “elegant kitsch” of the hotel decor. Given his love of Italian art, he stopped at each replica of the famous Renaissance sculptures and paintings, standing as close to them as possible, squinting and studying the work.

Over dinner one evening, he commented on the master painters such as Michelangelo, Titian, and Tintoretto — their tremendous talent and extensive body of work.

And so I asked him how he evaluated his own life, how he put things in perspective. I was secretly looking for any wisdom he could indirectly offer me.

He thought for a moment, staring off into the past, and then with a smile said something I will never forget.

“The events may have been small, but the satisfaction was great.”  The joy in his smile was profound.

Most of us will never create a legacy as large as that of Michelangelo — work that lasts in its physical form and is appreciated for centuries.

But many of us have a shot at creating experiences and projects whose effects can continue long after we are gone.

We may influence a few lives while we’re alive —a few hundred, a few thousand…tens of thousands and in some cases, millions.

But who knows what these souls will then carry on, and whose lives they in turn will touch.

Give it a shot.

What you do and create will matter more than you can ever know. 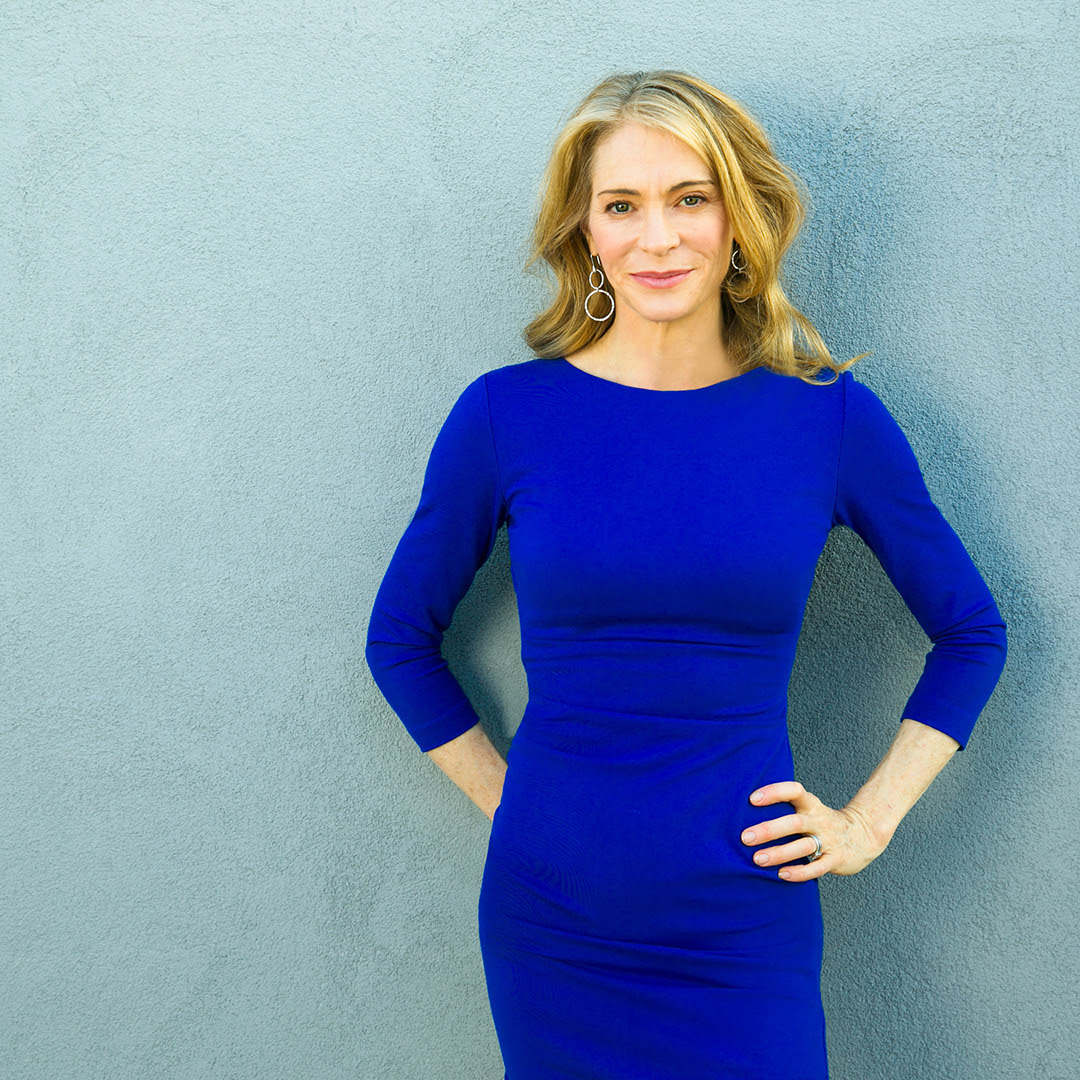 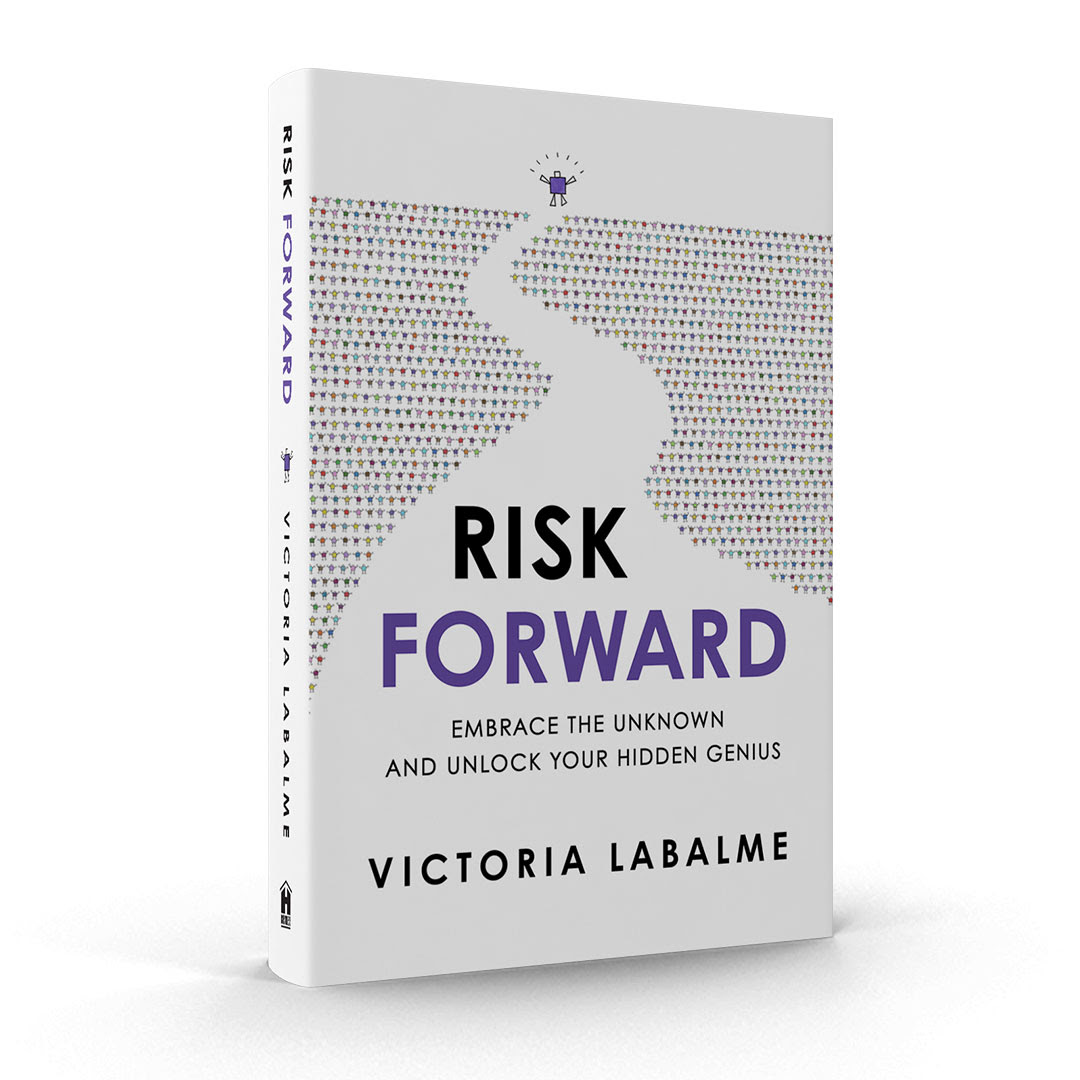 Victoria Labalme is the author of the new book, Risk Forward, and the founder of Rock The Room® — two comprehensive learning experiences designed to help people uncover and express their original ideas at work, on stage, on camera, and in life.

Her unconventional approach taps into two decades of performing arts experience: her one-woman shows, appearances at comedy clubs and Caroline’s on Broadway, on HBO, in dozens of television commercials, and in a documentary film with Academy Award-winning director D.A. Pennebaker. Her creative projects have been recognized by The New York Times, The Hollywood Reporter, Variety, BBC, Los Angeles Times, and Good Morning America.

As a performing artist and member of the Speaker Hall of Fame, Victoria has delivered keynotes and workshops around the world. Her proprietary systems and strategies have been embraced by more than 700 organizations.

From the bonus chapters of Risk Forward: Embrace the Unknown & Unlock Your Hidden Genius

It’s not a book; it’s an experience and available for pre-order! Order your copy ASAP as they expect to sell out:

In the US? Go here:
RiskForward.com/Amazon

Outside the US? Go here:
RiskForward.com/World