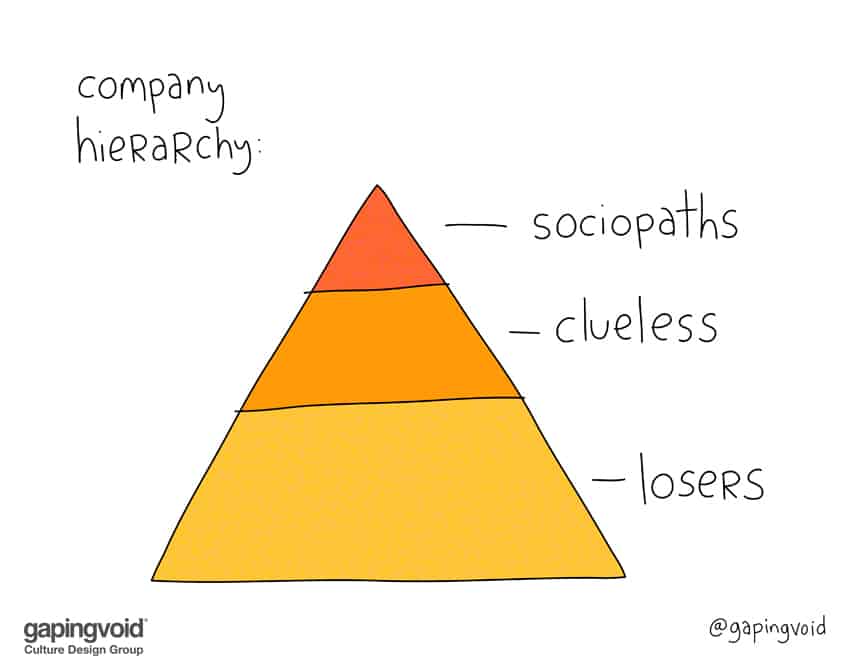 Back in 2009, our friend Ventakash, one of the sharpest minds out there, wrote a HILARIOUS essay on the pyramid above, called “The Gervais Principle”  which states, “an unorthodox school of management  based on the axiom that organizations don’t suffer pathologies; they are intrinsically pathological constructs.“

It’s the world’s oldest paradox, what is good for getting one to the top of the hierarchical ladder is also what’s good for turning one into an empathy-free sociopath.

This is why so many leaders over time have been complete monsters, often with disastrous results.

But the opposite is also true. Leaders need to be nice, but they can’t be *too* nice. Sometimes tough decisions need to be made. As Benjamin Disraeli said, a good Prime Minister also has to be a good butcher.

It’s one of the reasons so few people make it to CEO… most of us can either be a monster or an angel, but not both. A good CEO has to be both at the same time, and that’s a REALLY rare quality.