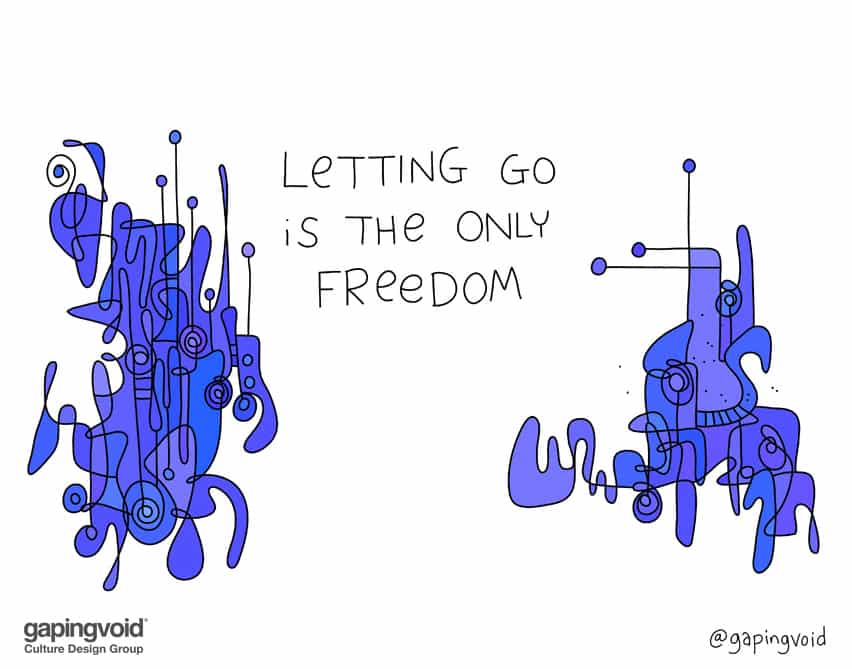 Chris Worth is a “marketing hobo” who creates campaigns, copy, and content for tech companies in between marketing his workbook for freelancers 100 Days, 100 Grand. A trained diver (scuba and sky) and aficionado of calisthenics, kettlebells, and Kindle, he’s lived and worked in six countries, and the travel bug never seems to fade. Contact him on chris@chrisworth.com.

First lesson in Economics 101: everything is scarce.

But is it, really?

Because the global economy, today, is less about guns and butter than about ideas and conversations.

What defines today’s economy is not scarcity, but plenty. And not mere abundance, but superabundance. The global economy is fractal: the deeper you look, the more there is.

Over 150 companies contribute to each iPad. There are 3,000 patents in every laptop. 500,000 suppliers to Google. And all these companies have yet more companies helping them, doing the stuff they’re less good at.

Yes, Riccardo’s Law of Comparative Advantage is a Mandelbrot Set. Which is great. Because superabundance is opportunity.

In a superabundant economy, there are countless niches to make money in, with more emerging all the time.

In fact, engaging with hundreds of freelancers through my (niche) product 100 Days, 100 Grand, what stands out is that the people making the most money are in the narrowest niches. Gaps in the market opened up by the superabundance surrounding them.

There’s a plumber whose knowledge of a single building, with an outdated boiler in every apartment, has kept him busy for a decade. There’s a stamp dealer who sells nothing but Penny Reds and can’t get enough of ‘em. There’s an escalator engineer who noticed his seniors were, well, getting more so, so got to know every stair they serviced and was ready when they retired. He’s doing the blue-arsed fly thing too.

(That’s a Britishism for “very busy” if you hadn’t caught it by the spelling.)

Sometimes, you don’t even need to be good at that thing you do. Witness Tommy Wiseau’s “The Room”: widely viewed as the worst movie ever made, he’s built a business of special screenings in indie cinemas and has an audience in the hundreds of thousands.

(How many Hollywood blockbusters are still on big screens 17 years after their premiere?)

The new Economics 101: in a superabundant, connected economy, there are customers for anything, no matter how specialised or unusual your skill. In fact, you get more customers by narrowing down than opening up.

And there’s a bonus: once you get known for that something, they ask you to do other things too. You’re the go-to guy. Actually, the here-already guy.

So be the here-already guy for something. It doesn’t really matter what that something is.

The great truism for us culture nerds is, “Culture eats strategy for breakfast”. Often (though possibly incorrectly) attributed to the great Peter Drucker, it’s a simple …

It’s a nice idea. Success is fleeting, significance is more… significant. All well and good, though frankly, we think perhaps better advice would be, “Don’t …