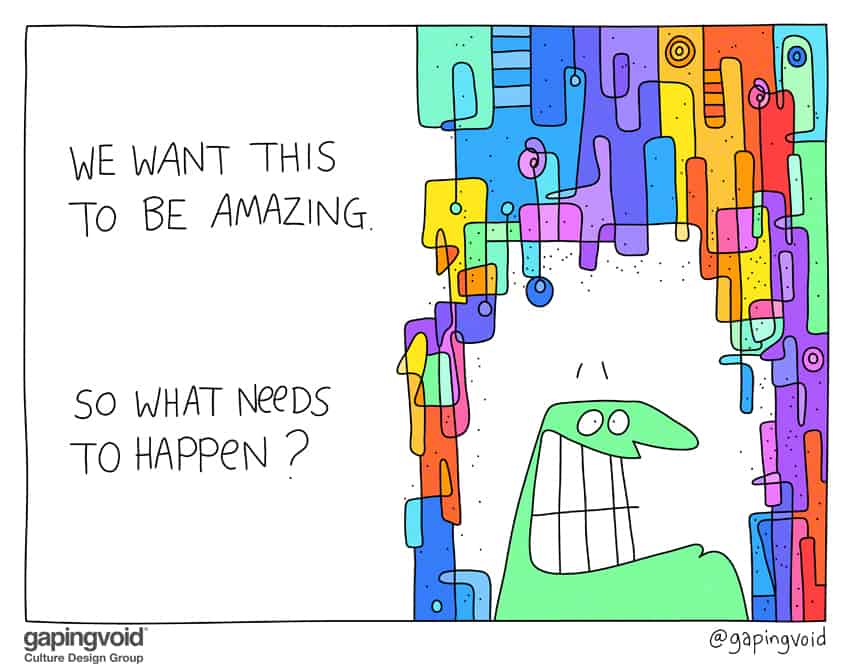 Back in the 1990s, the two biggest beer brands in the US were Bud Light and Miller Light. When it came to advertising budgets, they got the biggest slice of the pie. Looking back, the funny thing is how different the advertising was.

Bud Light was world-class. It was fun, it was edgy, it was memorable, it was human.

Miller Light was all over the place. It was contrived, it was awkward, it was unfocused. Worst of all, it was all soon forgotten. Whereas Bud Light ads from that era are still remembered. The “Whassup” campaign (created in part by our long-time friend, Vinny Warren) is taught in college as a case study.

It wasn’t because Bud Light was smarter per se. I knew people who worked on both campaigns; both teams had a comparable level of talent working on the accounts, both teams had all the budget in the world. Looking back, I think a big difference were the clients.

The Bud Light brand managers were all “beer guys”. Blue-collar company lifers who started their careers driving trucks, who worked their way up. They were beer guys selling to other beer guys. They understood what worked because they hung out with their target market after work.

Whereas the Miller Light guys were all career MBAs from Harvard and Wharton. They were working for Miller Light this year, but next year they hoped to parry that into a promotion with Philip Morris or JP Morgan. They don’t get their insights from Louie, their truck driver friend, or Gloria, the girl in the dispatch office; they get their insights from Harvard Business Review or Carleton and Tucker from the squash club.

The Bud Lite guys won because they had real *empathy*, they had a real connection. Empathy and connections are really, really hard to fake.

As the Lite Beer wars proved, it makes all the difference in the world.