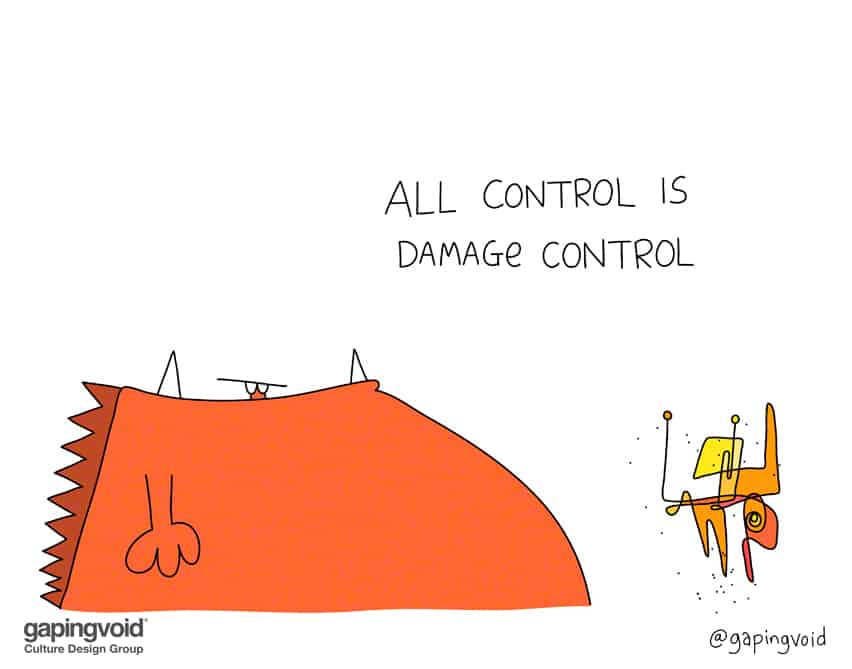 RYAN HOLIDAY is the bestselling author of Trust Me, I’m Lying; The Obstacle Is the Way; Ego Is the Enemy; Conspiracy and other books about marketing, culture, and the human condition. His work has been translated into over 30 languages and has appeared everywhere from the New York Times to Fast Company. His company, Brass Check, has advised companies such as Google, TASER, and Complex, as well as multiplatinum musicians and some of the biggest authors in the world. He lives in Austin, Texas. LEARN MORE

The single most important practice in Stoic philosophy is differentiating between what we can change and what we can’t. What we have influence over and what we do not.

“The chief task in life is simply this: to identify and separate matters so that I can say clearly to myself which are externals not under my control, and which have to do with the choices I actually control. Where then do I look for good and evil? Not to uncontrollable externals, but within myself to the choices that are my own…” — Epictetus

What better opportunity to practice this “chief task in life” than the one we’re currently facing? Here you are, stuck indoors, stuck somewhere you don’t want to be. You don’t control that. But you do control what you do with this time.

It’s easy to say that of course, but the Stoics actually had to live it. Epictetus endured thirty years of slavery. Two thousand years ago, Emperor Marcus Aurelius lived through the Antonine plague, which killed millions of people. But even then he was saying to himself, “The impediment to action advances action. What stands in the way becomes the way.” Or…the obstacle is the way.

Meaning: That even in crises there are ways to move forward. Things to learn. Jobs to do.

Zeno developed the ideas that became the school of Stoic philosophy after he was shipwrecked and lost everything. Seneca did some of his best writing while in exile. And that’s basically what humans have been doing ever since…trying to make the best of bad situations.

Isaac Newton did some of his best research when Cambridge closed due to the plague. Shakespeare wrote King Lear while he hid out from the plague as well. Ian Fleming, the creator of James Bond, wrote Chitty Chitty Bang Bang, while he was laid up in the hospital, expressly forbidden from working on something as tough as a novel. Malcolm X educated himself in prison and turned himself into the activist the world needed.

So you’re stuck. That’s not your fault. That’s out of your control. But what you do while you’re stuck? That’s on you. That’s what the Stoics meant when they said over and over that you don’t control the world around you, you only control how you respond. That’s what Marcus was talking about when he said that the impediment to action can actually advance action. And that’s where we are right now. Faced with a choice. A choice to use this or not. To make something of it or not. It’s the only potential silver lining…and it’s totally in your control.