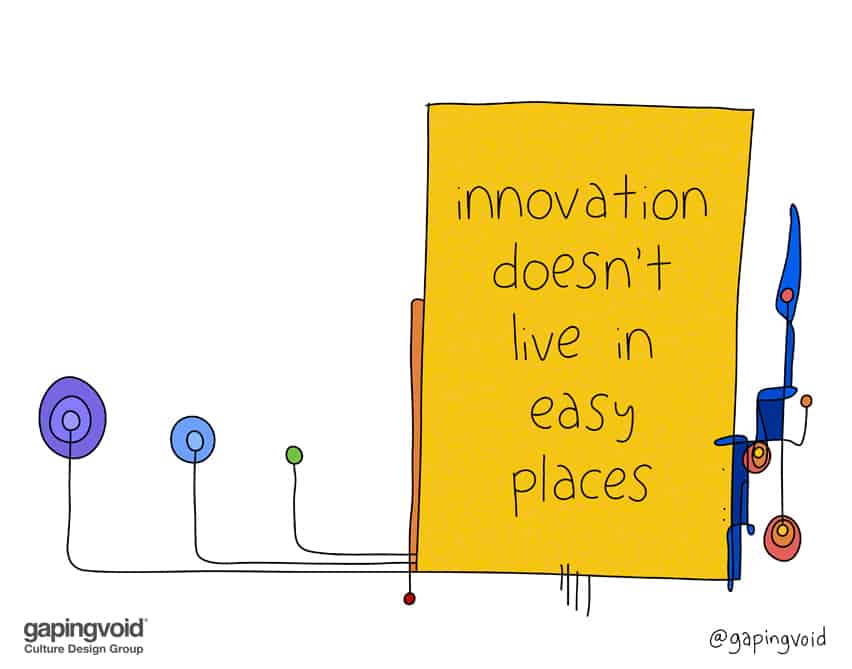 Joan Miró is one of the most important artists of the Twentieth Century; his pieces adorn all the major museums.

As it turns out, his greatest and most important works aren’t big, monumental pieces, like Picasso’s Guernica.

No, his most important work is a small stack of twenty-three 15”x18” guaches on paper, called the Constellations Series.

This series was the beginning of what we know today as his house style, his winning formula that made him world-famous.

These pieces were not created during ideal conditions, to say the least. They were painted between 1939-41, while he and his family were on the road, living out of suitcases, fleeing Paris, fleeing the War.

Somehow these less-than-ideal conditions raised his game, spurred him on to greatness.

There’s a definite lesson here. Fair winds do not a great captain make. We dream of finding our own greatness one day, but we want it to happen when the sun is shining.

That’s not how it works.