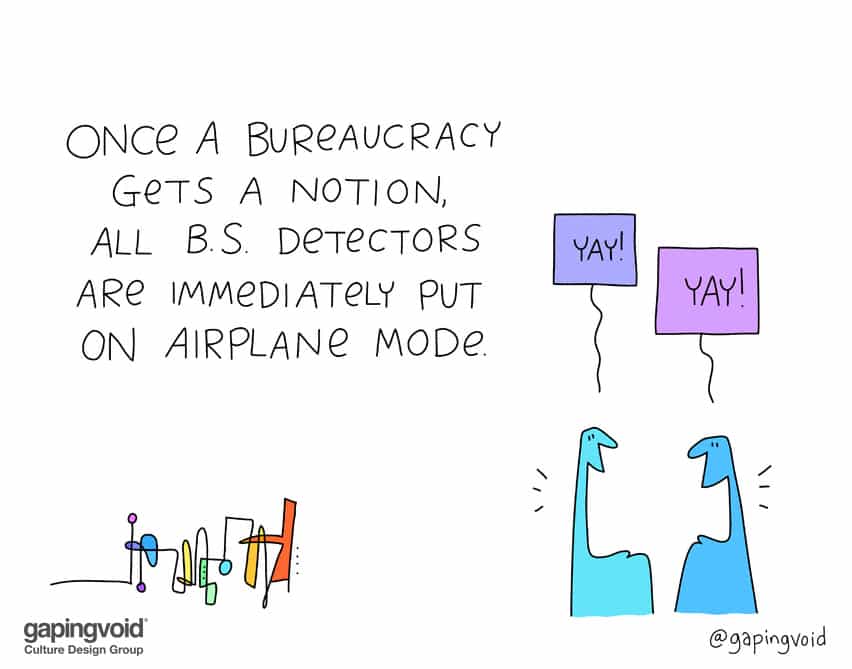 While writing the US Constitution, the founders studied a lot of history, particularly Roman and Greek.

What did they learn from their studies? That people, however virtuous, are still fallible. Which means they needed to inject some checks and balances into the equation. Hence the three branches of government, hence the Electoral College. It turned out to be a stroke of genius, and we’re still reaping the benefits to this day (mostly).

And what works for the Nation, also works for companies. Hence why we don’t just have a CEO, but a Board, and the Chairman thereof.

Without proper checks and balances, you have nothing to fix the situation, should the executives go off the rails, like what happened to WeWork. After losing everybody’s money, they still had to give the former CEO nearly a billion USD to make him go away.

Then there was the story about how before the Boeing crisis blew up, there were A LOT of hallway conversations going on in the company.

What’s with all the hallway chats? Because people knew there was a problem, but were too afraid to bring them up in meetings.

This is why having a good culture is the best *checks & balances* there is.

This is why we coined the phrase “Culture as a Management System”. Because people just don’t need to be told to do the right thing (or NOT to do the wrong thing), when you make it all clear through cultural norms, they just do it naturally as an organic part of themselves.