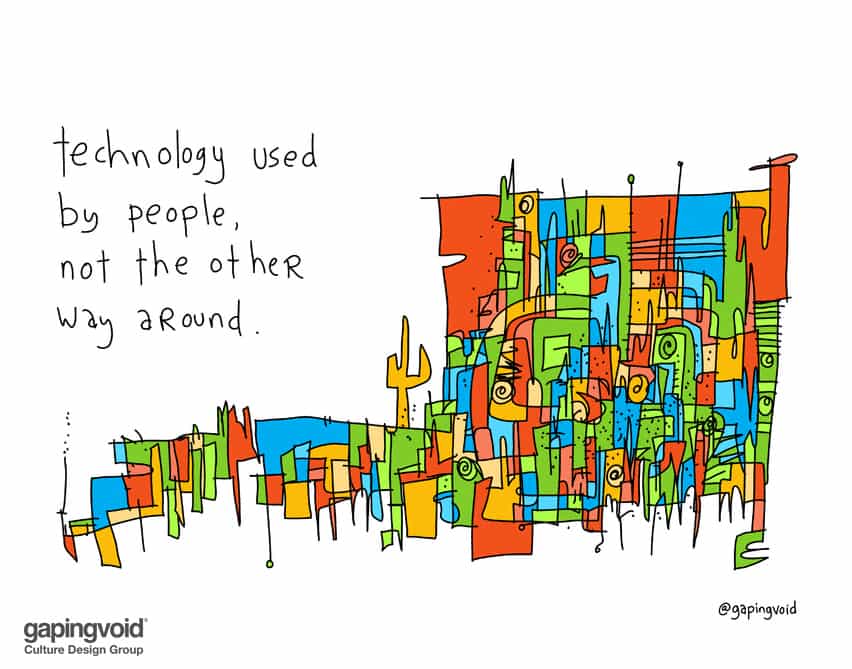 Microsoft uses technology to build community in a globally dispersed workforce of over 140,000 employees.

Here’s the thing. The technology you use (and Microsoft’s technology will be world-class and cutting edge) will only be as good as the people, the culture that it’s built on.

As in, having the greatest telephone in the world won’t help you much, if you have nothing of interest to say to the people on the end of the line.

We’ve been working with Microsoft since 2006, back before they started killing it in the Cloud Services space, during the interim “Vista”  days between the 1.0 “Desktop” era under Bill Gates and the current 2.0 “Cloud” era under Satya Nadella. This was when Steve Ballmer was still CEO, and the smart money was ruling them out.

Back then we noticed a strange thing: that in spite of the fact that they were no longer the cool kids, that their products were falling slightly behind the curve, the employees we knew there had this incredible faith in their company, in spite of what everyone else was saying.

And what was this faith based on? Basically, it was the faith in their people, their faith in each other.

And this faith turned out to be well-founded.