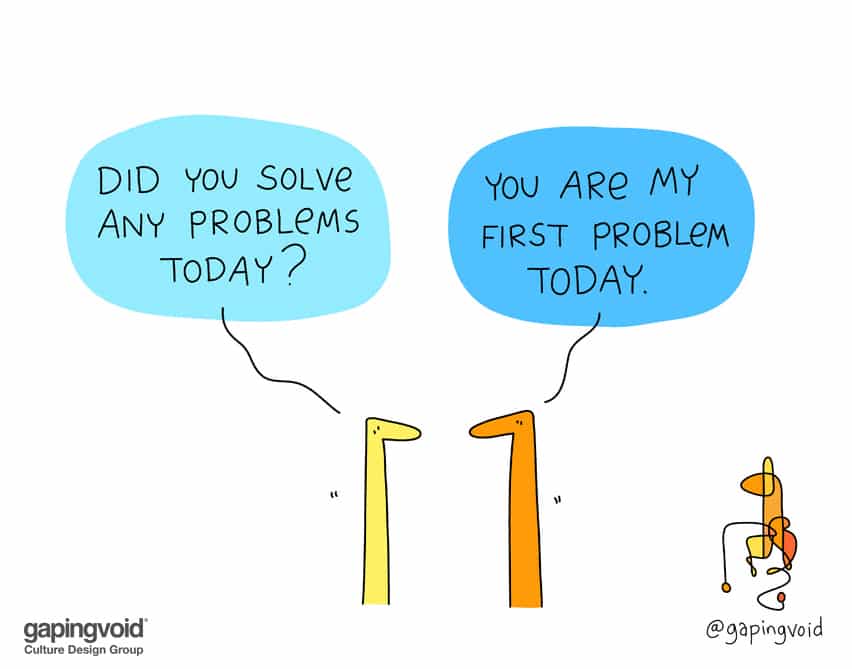 It’s one of the most famous stories in antiquity.

Early on in his campaign, Alexander The Great visited the town of Gordium.

They had a famous knot there, one that was so complicated and well-engineered that nobody was able to figure out how to untie it.

It was allegedly so complicated, they even had a prophesy that whoever managed to untie it would one day go on to rule of all of Asia.

Rather than spend the next ten years trying to figure out how to untie it, Alexander took one look at it, took out his sword and cut the knot in two.

And Alexander went on to conquer all of Asia, just like the prophecy said.

This has since become a classic metaphor of “lateral thinking”, where you think around the problem, and come up with an original idea for solving it.

But here’s the thing.

Alexander, when he entered the city, was head of the army. Nobody could stand up to him. Technically, he hadn’t untied the knot, but because he was Alexander, he wasn’t penalized. His solution was considered valid.

But what if one of his lieutenants had tried the same solution? Would the latter be given the same leeway? Or would have Alexander had him flogged for his impertinence?

Had the lieutenant thought Alexander would have him flogged, it’s more likely he would have just tried (and failed) with a more conventional solution.

But Alexander didn’t have that to worry about, so he just took out his sword and cut the knot.

This is why “culture” in business matters. Because it allows people to see whether or not they’re allowed to cut the metaphorical knot.

Because knowing what is allowed affects how we go about solving problems.

And business is all about solving problems.