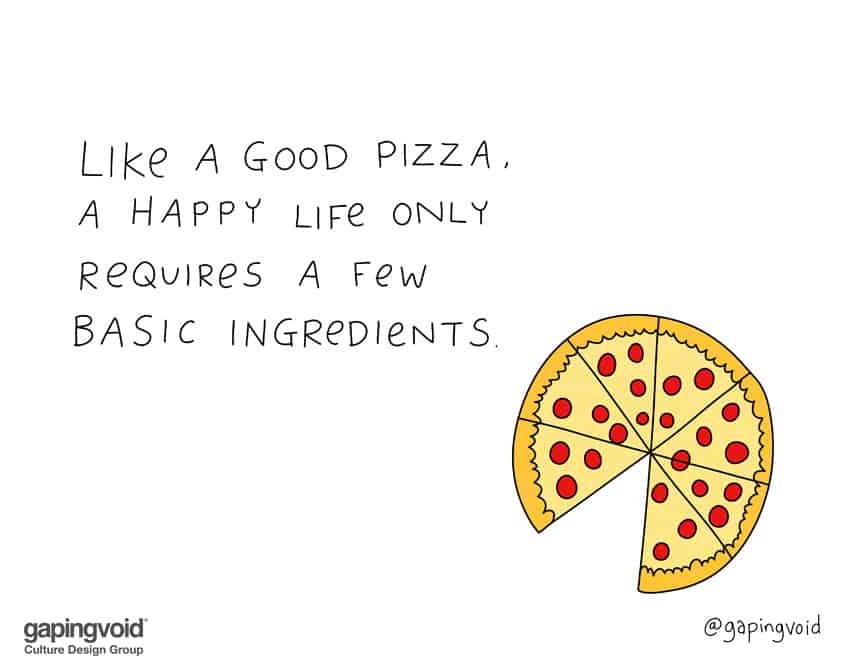 The Pizza Foundation is known as one of the best pizza joints in the country. Celebrities eat there. They’re mentioned in all the right magazines. Great stuff.

The funny thing is, it’s located in Marfa, Texas (population: 2,000), out in the middle of nowhere, in the desert, a few hours Southeast of El Paso.

Another thing: Ronnie, co-owner and chief pizza maker, doesn’t allow more than three toppings on his pizzas. Tomato sauce, cheese, and then three toppings, and that’s it; that’s your lot.

Why this policy? Because Ronnie believes that too many flavors ruin the pizza, turns the pizza to gastronomic mush. But one or two toppings are fine.

That’s a terrific metaphor, no? Sometimes it’s not about adding more ingredients but making better use of less.