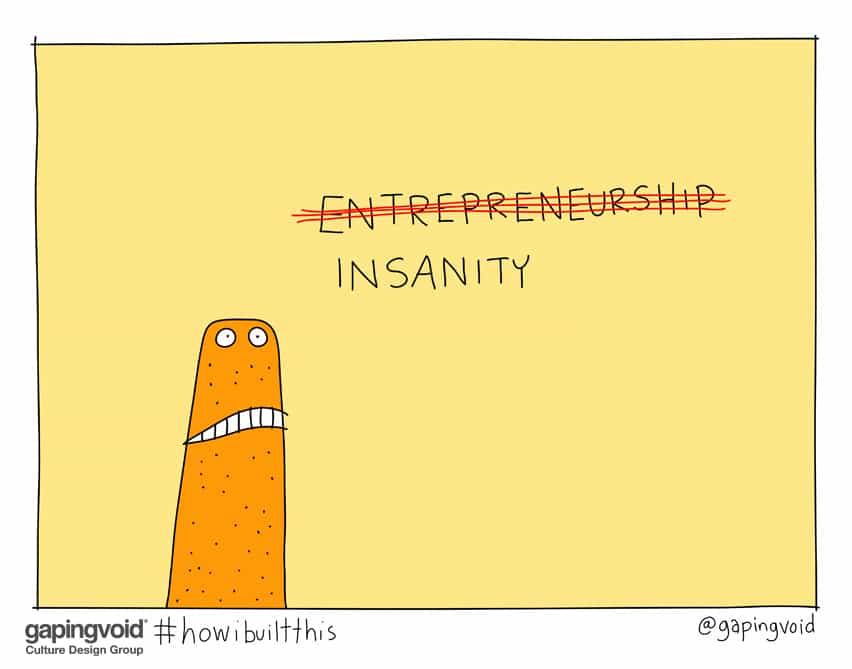 You know what the best thing about being an entrepreneur is? That you never have to experience self-doubt, the way people with normal day jobs do.

Ha. I was just kidding. Actually, as an entrepreneur, you have self-doubt coming out of your pores like cold sweat. And that’s on a good day.

But hey, at least you got to play the second greatest game in the universe (the first being family and children, of course). And if you play it well and with honor, well, you may not reach the superduper billionaire’s club, but at least you never had to say that you had a wasted life.

At least you get to say, “At least I tried, at least I stepped into the ring”.

And that’s all that really matters.

[…] Self-doubt? Are you an entrepreneur or putting ideas out in the world? Loved this post by Gaping Void. All I have to say is […]