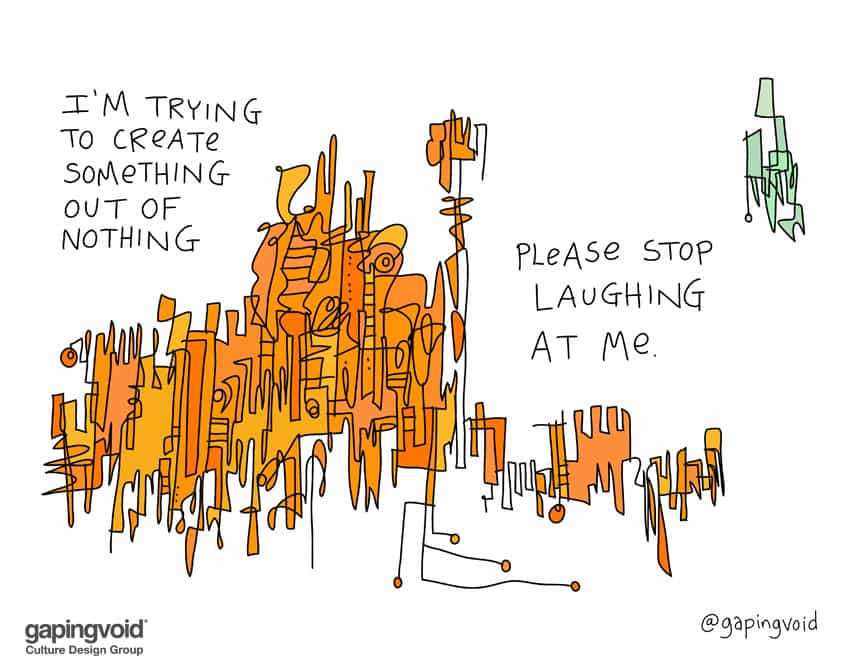 It’s pretty safe to say, that when you finally come up with your million-dollar idea, nobody is going to understand it at first. They many not laugh in your face outright, but they’ll probably scratch their heads, at least.

Like I wrote in my first book, Ignore Everybody, great ideas have lonely childhoods. Great ideas also change the power balance in relationships, which is the main reason why people initially resist them. People like the status quo, thank you very much.

And then maybe, just maybe, your million-idea isn’t worth a million dollars. Maybe all it’s worth is years of heartbreak, stress and zero money on your end. What Joseph Campbell describes as the golden chalice turning to ashes, the moment the hero steps out of the dark forest. It happens all the time.

But you press on regardless. Why? Because you have no choice. Because win or lose, you really don’t have a better reason for being alive. That to try for a safer, easier route was not what God had planned for you. And nobody wants to try to prove God wrong.