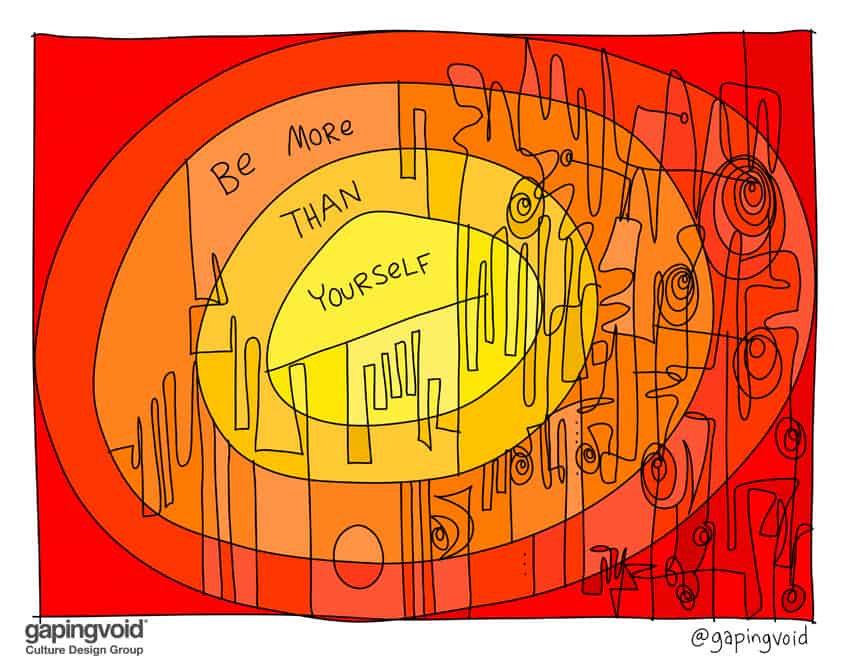 I was having a conversation the other day with an old friend about “stuff”.

We both talked about how, if we never had to buy anything ever again, we’d be totally fine with that.

Sure, maybe we’d buy a new to shirt or pair of boots to replace the old ones, and it’s nice to buy presents for other people, but in terms of “stuff”, we’re good.

And I think most of us are like that. We can’t drink any more bottled water than we already do, we already own enough pairs of blue jeans, we can’t go to more than one yoga class at a time.

So what don’t we have enough of?

Being able to look back and say, “I was there”.

When Steve Jobs said, “Let’s make a dent in the Universe”, that’s what he talking about, being part of something that matters.

We have an infinite need for this.

And I think that’s beautiful.