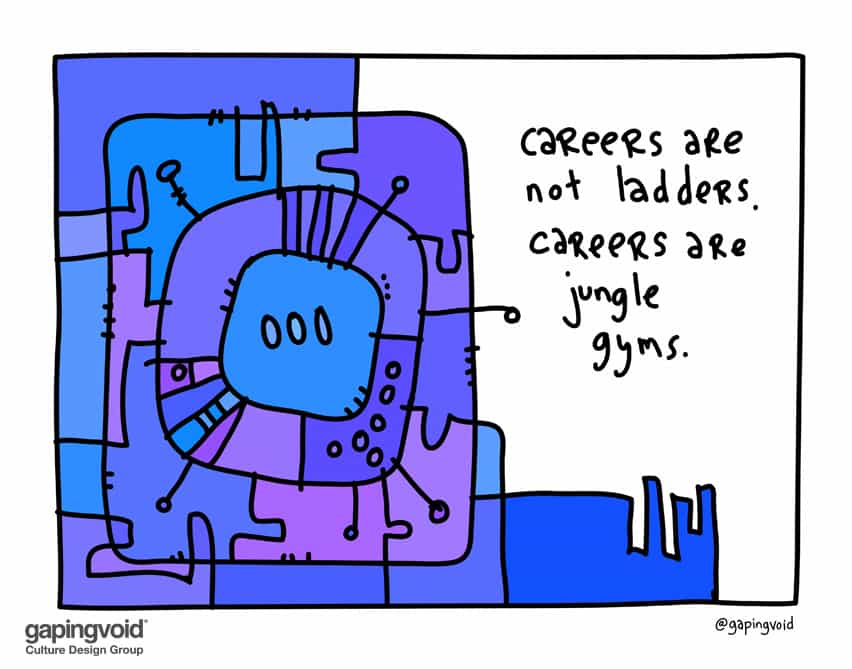 There was a time when career paths resembled ladders. That was also when your parents probably wanted you to be a doctor, lawyer, or accountant…or, at least, to marry one.

Now, though, it’s nothing like that, and though there’s a lot more freedom to roam, we’re lacking in guidance.

That’s where the Toppel Career Center comes in.

University of Miami’s Toppel Career Center is career HQ for the UM student body, something more important now than ever. We’ve created an economy where promising jobs freshman year might not exist by senior year, so we need to be creative and more importantly, fearless.

The Toppel Center showed us how far they’re willing to go for their students’ futures when, in 2014, they invited us to reinvigorate and reimagine their culture.

We’re thrilled with the results. And so are they.

Christian Garcia, Associate Dean and Executive Director of the Toppel Career Center at the University of Miami, wrote:

We had all these blank walls, and I wanted to fill them with something that was going to inspire people. When you think about the functionality of art, most people consider it only an aesthetic – which it can be – but I was also focused on the idea of function and outcome…With all of this in mind, I took a big risk and moved forward with a huge installation at Toppel (80 pieces to begin with and currently at 123). I just knew that when people saw it, the risk would pay off.  I thought: “Okay, I’m either going to lose my job or people are going to get it and jump on board.”

At our dedication ceremony, I was holding my breath because my boss was there, as was the provost, and the president, not to mention the Toppel family. Seeing them walk around and take it all in was nerve-wracking. But then our President at the time, Donna Shalala, came up to me and said, “This is terrific!”

This is what caring looks like. This is how to invest in your people, by taking those first steps, by taking the big risks. By living your organizational truth.