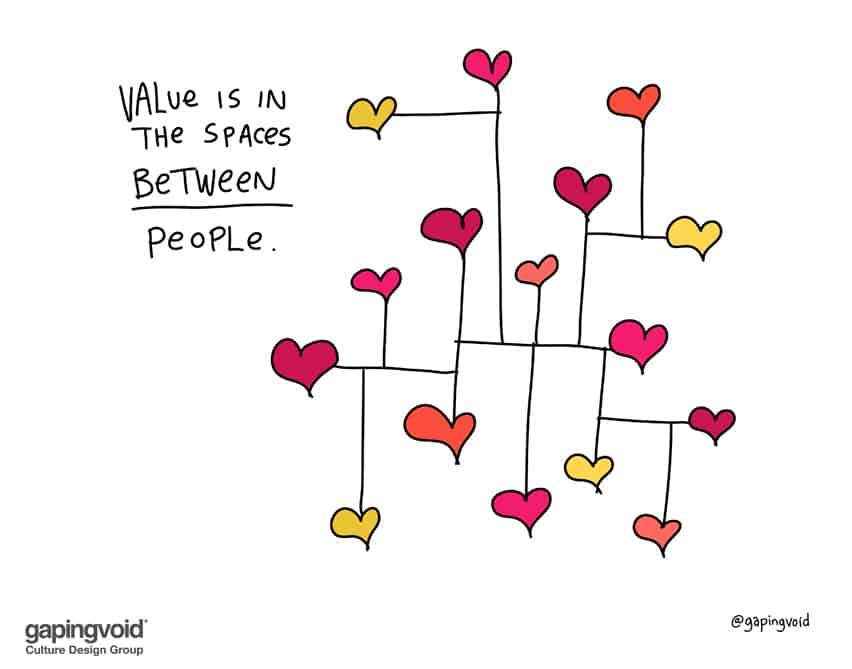 Margaret Heffernan told a story once about chickens on NPR.

In brief: A scientist bred two flocks of chickens, one flock of overall highly-regarded egg producers and one flock of individual superchicken superproducers. In order to understand the genetic transference of greatness, he set to breed six generations of each flock and to compare their productivity — measured in egg production.

Problem: At the end of six generations, while the highly-regarded chickens were still plump, full-feathered, and producing well, the superchickens were mostly dead.

All but three had pecked each other to death.

By breeding competition, you’re setting your team up to peck each other to death. That’s not the goal.

You don’t want superproducers, and you don’t need them either. You want consistency, trust, and great work. You want value not only from each individual, but from the team. You want meaning from the interactions between people.

Instead of competition, seek value.