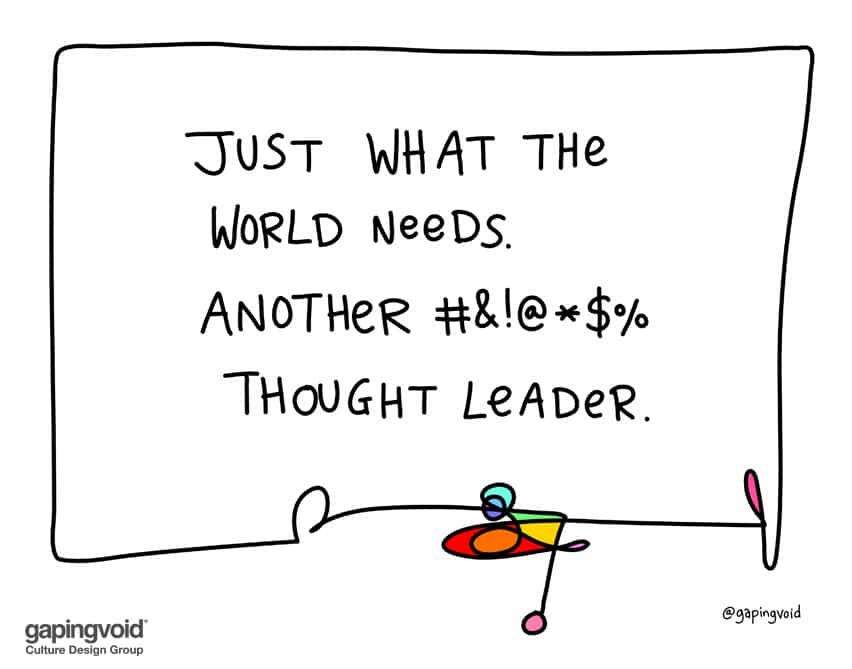 Thought leadership used to be about revolution.

Seriousness, how often I have
thought of seriousness
And how little I have understood
it, except this: serious is urgent
And it has to do with change.

There is no impact without change. There is nothing serious, nothing committed, without a need for change, now, urgently and meaningfully.

Serious, committed thought leadership can only be a function of change.