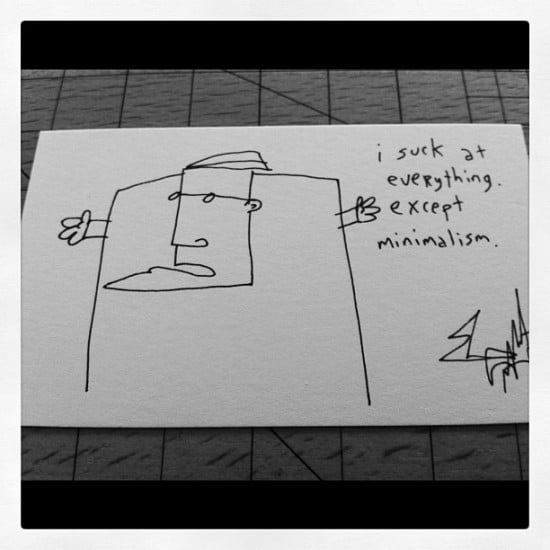 [As many people know, I’ve given a lot of thought to the subject of “Mastery” lately. With that in mind, here are the VERY ROUGH notes of the talk I gave recently at the first ever Ignite Miami:]

1. Like everybody else here tonight, I give a lot of thought to “Success”. What does it take to be successful, prosprous, happy, have a sense of purpose etc? What does THAT actually look like?

4. The thing is, I know TONS of super successful people, but none of them fit this extreme, celeb-lottery-winner TV model. Some of them are actually pretty boring, to be honest. But they lead happy lives and do VERY well careerwise. THAT is what most success looks like, if you think about it. The stuff on TV or in the movies just isn’t REAL enough to be that useful for us.

5. So I was thinking about this again, recently, HARD. What model would work for these people, folk like you and me? A model that didn’t mean you had to sell your soul to Wall Street, Hollywood or Washington? A success model that doesn’t rely solely on the unlikelihood of outrageously good fortune or plain, dumb luck?

6. Then quite by chance, I saw a great documentary the other week: “Jiro Dreams of Sushi”, a film about the world’s greatest sushi master, and a lightbulb EXPLODED in my head.

7. Our man, Jiro is eighty five years old (EIGHTY FIVE!), doesn’t have a lot of money or own a fleet of trendy restaurants in all the world’s capitals, a-la Wolfgang Puck. He’s just being doing it for 60 years; he just has just a small, plain, dingy, ordinary, low-key sushi bar with ten seats in a Tokyo subway, the kind you’d probably just walk by without stopping if you saw it. Ten seats!  Yet he’s the best in the world at what he does.

8. Jiro works over 350 days a year, serves sushi and sashimi to people in very small numbers, and THAT’S IT. Just sushi. No salad, no appetizers, no deserts. Like I said, JUST SUSHI. And by sticking to this bare-bones formula, he’s become the first sushi chef in the world to win three Michelin stars.

9. A tiny little sushi bar in some random subway station. Yet people wait in line, people book a stool at his sushi bar as much as a year in advance, a prices starting around $600 a head. People have been known to fly all the way from America or Europe, just to experience a 30-minute meal. In a subway station!

10. I was lucky enough to have a similar experience first-hand when about eight years ago, I started working with the English Savile Row tailors. They make the best suits in the world; all hand-made, they go for about $5000 a pop.

11. The tailors have a similar shtick as Jiro. They’re generally not that rich, their businesses are tiny, yet the great and the good worship at their feet. Celebrities, captains of industry, people who are also world-class at what they do, like Jiro’s customers, waiting as long as a year in advance to get their next suit.

12. Like Jiro, the tailors just get up every morning and do their thing, day-in-day-out, humbly, quietly, without a lot of fanfare, totally dedicated to their jobs. I’ve seen it. On the surface, it’s quiet, calm and kinda dull.

13. And like Jiro, from my observations they seem to have this sense of inner satisfaction my Wall Street trader friends (who easily make ten times as much, on  a good day) can only dream of.

14. As a result, Jiro and the Savile Row tailors are the people I really try to emulate. Because it’s doable. I can do that. I may never be as rich as Steve Jobs or Warren Buffet, I may never be literally a rock star like Bono or Jagger, but I can be like Jiro and the tailors… or at least, more like them.

15. And like them, I live very low-key; I get up every morning and quietly get on with the business cranking out my product, my cartoons. Like I said, quiet, calm and kinda dull.

16. So what’s their secret? THE secret? What is the secret sauce that lets these otherwise quite ordinary people like Jiro and the tailors, lead such extraordinary lives?

17. In a word: MASTERY. They’ve MASTERED something. Something interesting and valuable. They are MASTERS of their craft. It may be an old-fashioned word that makes people uncomfortable, but that’s only because it’s something that eludes most people.

19. And it’s portable. It travels with you, wherever you go. No landlord, no boss, no recession, no Wall Street analyst, no newspaper critic can take it away. It’s something that truly belongs to you, for always.

20. So when a young person asks me for career advice these days, I tell her, “Don’t worry about so much about money, fame, success, whatever. Worry about Mastery- that is something precious you can actually control. And yes, if you’ve achieved mastery, you’re more likely to be successful and prosperous, anyway.” Again, MASTERY MATTERS MORE THAN SUCCESS. So go for it. Thank you.

[P.S.: Thanks to Alex and Ana for making this happen for me. I had a great evening!]