[Update: Video of me signing the first artist’s proof.] 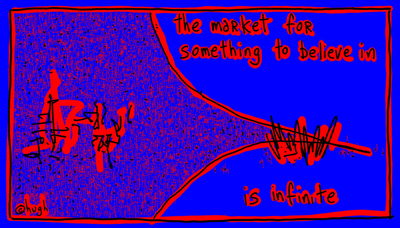 [UPDATE: 30th December. “Bluetrain” is now sold out. Thanks, Everybody!]

On December 4th, I announced I was going into the fine art print business, pretty much full-time, if all goes well.
Like I said earlier, the first edition will be coming out in mid-January.
I also said that the first twenty people who sent me an e-mail could buy the print at $175- once the print is made, the price will be around the $250-$300 mark.
To be honest, at the time I thought twenty wasn’t a very conservative number- I was thinking if ten or twelve took me up on the offer by Christmas, that would be pretty amazing.
As soon as I posted the offer up on the blog, I went out for dinner. By the time I came back two hours later, 24 people had already taken me up on it. Within 24 hours, the number was closer to 40.
Not bad for a limited edition of only 85, don’t you think? We’re talking about people buying something “Sight Unseen”- something that RARELY happens in the art business.
As for the kind people who e-mailed early, but not early enough to make it on the “First Twenty” list, I thought it would be unfair on the “First Twenty” to give them the same discount. But at the same time, it would be a shame not to do something to reward them for being early adaptors. Hmmmm… You can see my dilemma. So in the end, I told them they could have one for $200- it’s still a pretty good discount. They seemed happy enough with that, so all well and good.
The second thing I did was to let the First Twenty vote on which image they wanted to see printed up. I gave them a choice of three designs, the image above, “Bluetrain”, won the majority vote, so that’s the one we’re going with.
About the piece in question: It’s called “Bluetrain”, because yes, it’s largely colored blue, and also because it’s a re-working of the head cartoon in my business manifesto, The Hughtrain, which of course, was in turn named after one of my favorite books, The Cluetrain. “Blue Trane” is also the name of one of my favorite jazz albums. So it all fits together, somehow.
It’ll be a fairly standard poster size, approx 18×24″. They’ll all be personally signed and numbered in pencil, by myself. We’re also using a specialist fine art printmaker in New York City for the job, not a general commercial printer.
I decided to use color simply because I didn’t want to just blow up the original, black & white, bizcard-sized cartoon to poster-sized. I wanted to make it look totally new and different, yet totally the same and familiar. As for the “Pop” sensibilty, well, I am a cartoonist, so go figure…
Since that first big splash of interest from the First Twenty, we’ve had a steady stream of people signing up. There’s only about 20 left unsold in this edition, so if you’re still interested in having one of them, please send me an email as soon as you can [Thanks!]: [email protected]
I hope y’all are as excited by this new venture of mine as I am. As always, thanks for your support, none of this would be possible without you. Merry Christmas and Happy Holidays!