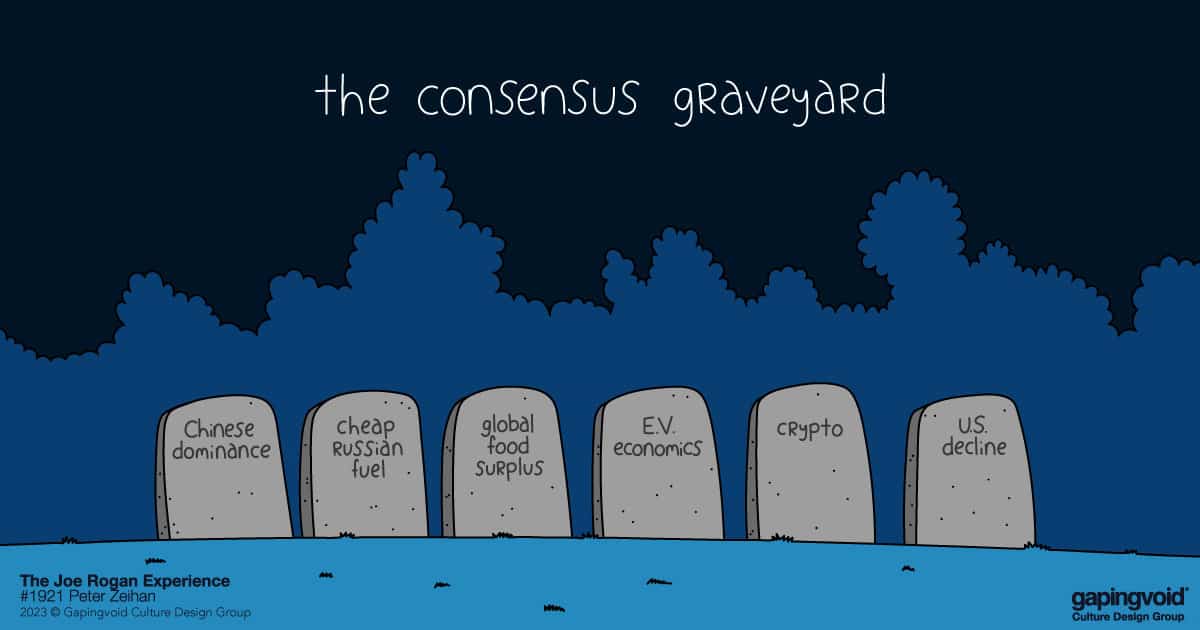 The Joe Rogan podcast has rather unexpectedly emerged in the last few years as a place where many of the most interesting new ideas coming down the pike first hit the mainstream. We could talk about how that happened (the mainstream media certainly didn’t see it coming), but that’s a story for another day.

It’s a similar story with Peter Zeihan, a geopolitical analyst whose book, “The End Of The World Is Just The Beginning” we’ve enjoyed reading for a while. He was on Joe’s show the other day and didn’t disappoint. We don’t think we ever saw Joe’s jaw drop in surprise so much in a single two-hour window, ever.

Is this Peter’s big moment? Maybe. So what’s his big idea?

From Peter’s perspective, the current world order, aka the “Pax Americana,” which has been around since 1945 to fight the Cold War, is now on the way out. And with that, a lot of our assumptions.

Many people’s current worldviews are based on ideas that are at least thirty years old e.g. China’s rise is unstoppable, Europe and the Euro will be an available alternative to the US/Dollar hegemon, The EU will be able to pay for its high quality of life forever via cheap fuel from Russia and neverending German and French exports to China.

These views were all the rage… in 1994. And Peter shows us how they are all now being questioned.

Consider population decline. For the last five hundred years, we’ve gotten used to ever-increasing populations, but what happens when those populations start going away (like they are in Russia, Europe, and China – (where they recently recorded the first population decline in 60 years)?

The world is always in constant change, but it typically takes a while for us homo sapiens to notice. We like to think history was only made in the past, but it’s not.

This is just one key idea of many, but we encourage you to give it a listen. It’s juicy stuff.