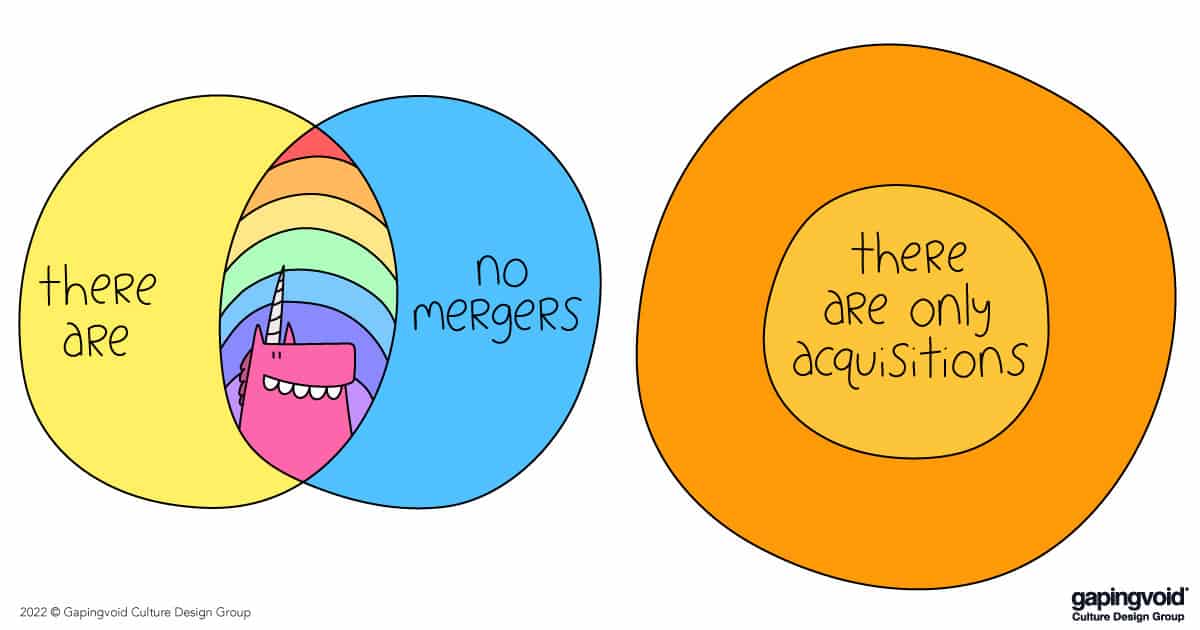 In November, there was a great story in the New York Times about the train wreck that was the 2018 merger between AT&T and Time Warner. The merger was up there with some of the greatest M&A train wrecks of all time: Google/ Motorola, GE/Baker Hughes, Snapple/Quaker Oats, and of course, AOL/Time Warner.

The thing is, AT&T and Time Warner coming together looked great on paper. So did all of the other deals mentioned. They had good business rationale (“synergies, baby!”), yet they all still failed.

They failed in large part because they didn’t understand human systems, e.g. culture.

A lumbering bureaucracy like AT&T taking over a dynamic, creative, and disruptive business such as Time Warner could only go one way. This mismatch is why most mergers and acquisitions (~80%) result in a lower value for the entities involved.

In all these cases, the spreadsheets worked. The big problem wasn’t the financial engineering, but the alignment of the organizations’ cultures… which is inherently oblique.

Successfully merging cultures is deeply disquieting for most executives and is possibly the least understood challenge in business. This lack of understanding leads to executives minimizing the impact of culture- not because it is unimportant, but because they simply don’t understand how to deal with the challenge.

The reality is, culture is the invisible human operating system of all organizations, and every acquirer must keep in mind the implicit risks of imposing new cultures on acquired teams.

They say employees need to be a good “culture fit.” Yes, well, so does the entire merger.