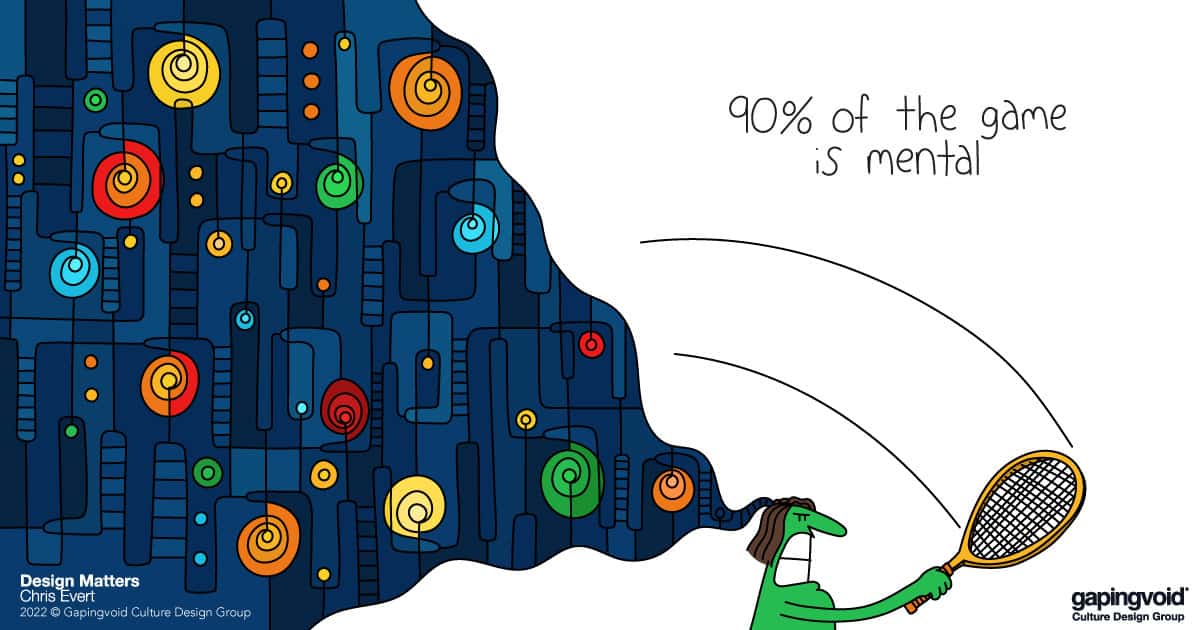 Back in August, Debbie Millman interviewed Chris Evert, one of the top female tennis stars of the last half century, who is now a successful tennis jewelry designer (fancy tennis bracelets are a thing, as we find out).

Chris was a big deal and deal pioneer in ladies tennis back in the 1970s.

On the podcast, she shared that the key to her success and others in the sport was not skill or athleticism, but grit. And others who have researched people at the top of their game would agree.

The thing is, at the highest tiers of any sport or endeavor in life, they’re ALL good, and they’re ALL amazing. There isn’t a single professional tennis player that’s not supremely talented, that can’t thwack the ball hard, or that doesn’t work like a dog to improve their game.

What separates the ones in the top five from everybody else (according to Chris) is their ability to not crack under pressure and to keep cool when the chips are down.

Tennis apparently is a lot like poker-meets-athletics. It’s mostly a mind game. And in tennis (as with everything else), you can’t build on your strengths until you’re intellectually and emotionally honest about your weaknesses. Self-awareness is your friend.

In other words, talent will get you to round one of Wimbledon, but it’s mental toughness (grit), that gets you to the final.

This applies to all other areas of life as well. A lot of people owe their success to the simple fact that they hung on longer than the other folks. Winning is tougher than it looks.