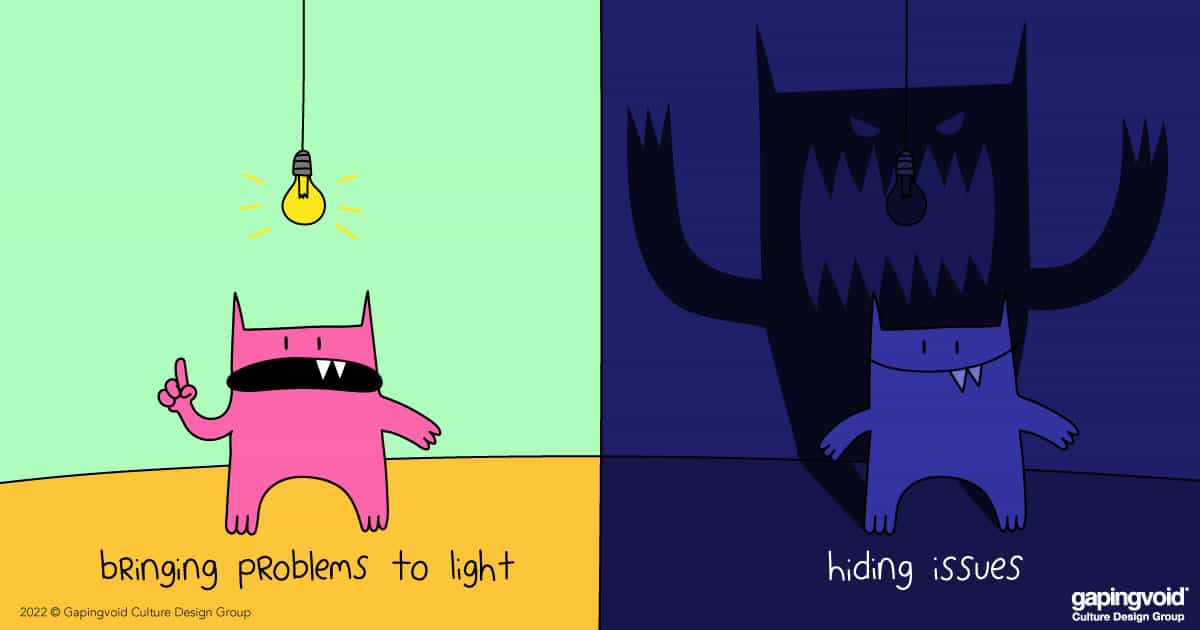 First one lie. Then a second lie to prop up the first lie.

Then a whole slew of accidental lies when someone spreads the second lie up a chain of command.

If you’ve ever played the game “telephone,” you know how information gets distorted as it spreads, even when people are trying to convey accurate information.

(Now imagine when someone is trying to convey inaccurate information).

As Aristotle said, “the slightest deviation from truth is multiplied a thousand-fold.”

It’s an exponential function. And no organization, culture, or institution can survive it.

If you don’t let reality in through the front door, it burns down the building. And “zero-tolerance” cultures don’t exactly invite reality in for supper.

They may seem mighty. But they can’t escape the fate they sow. They put their weight on a foundation of sand. And like the Tower of Babel, they fall.

Risk-averse cultures don’t prevent mistakes, they hide them. Sending mistakes to a dark shadowy place where they can proliferate, multiply, and knock the whole house of cards down.

If you want your people to tell the truth, don’t make the consequences of telling the truth unbearable.

Boeing is a perfect example of what happens when you do.

Boeing’s emphasis on expedience resulted in hundreds of lives lost, a damaged reputation, and a $2.5 billion settlement with the justice department.