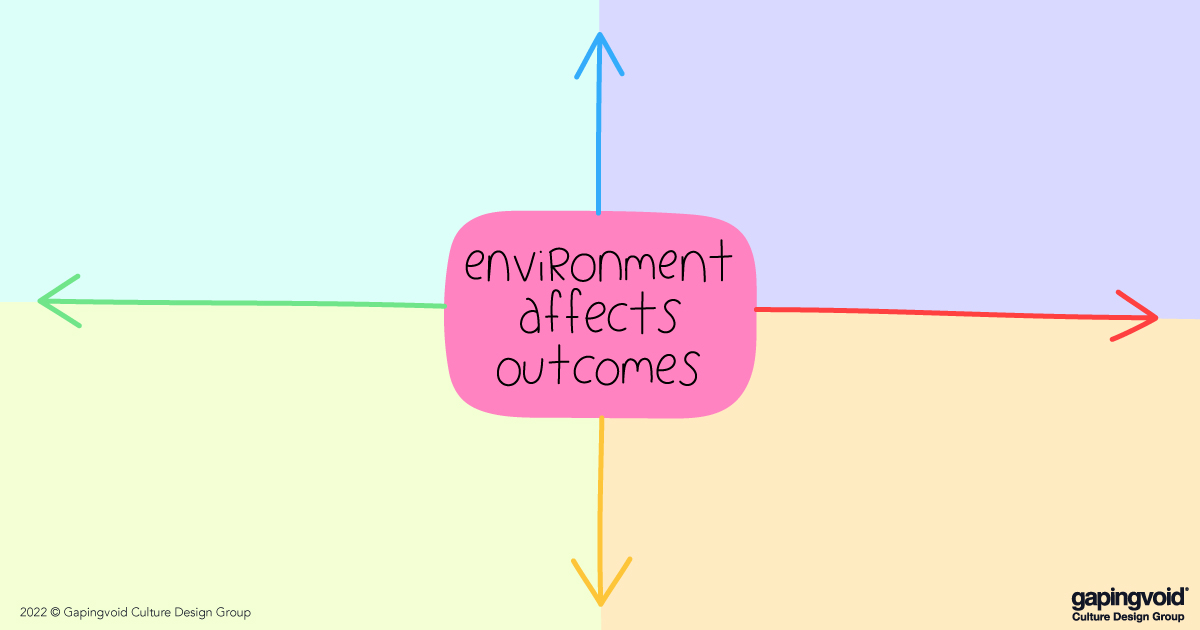 Step One: Don’t give a speech during the daylight. Ever.

Step Two: When you give a speech (at night of course), opt for dark red ominous lighting.

Step Three: If you don’t have a podium, get one. Then ball your hands into fists and pound it as you speak.

If you can avoid smiling, that’s a bonus.

A perfect student of these three easy steps?

The President during his September speech on the state of American democracy.

Images of the stagecraft went viral for all the wrong reasons (unless “evil emperor” was the vibe Biden’s team was going for, in which case, mission accomplished).

This isn’t a political commentary.

This is a lesson in the importance of designing environments, designing symbols, and designing visual artifacts deliberately and wisely.

One wrong color, one lousy camera angle, and one poor choice of gesture spoke louder to many people than Biden’s actual words.

There is meaning attached to everything. Human brains are machines for generating meaning. And an outsized portion of the brain’s processing power is devoted to visual meaning in particular.

A picture is worth a lot more than a thousand words.

And words attached to symbols are the words that mean the most.

WOW,
So you would say that the speech was “perfect”?