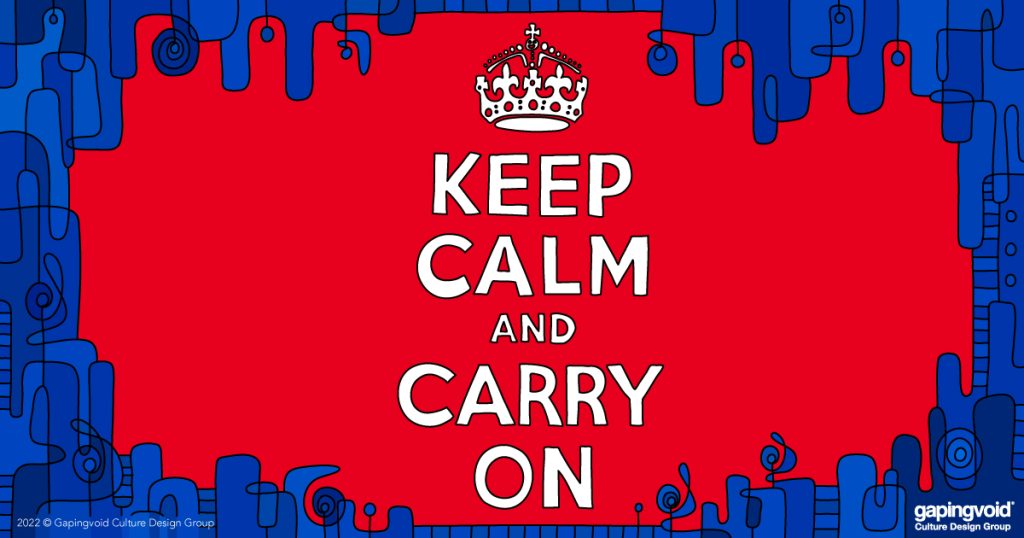 HRH Queen Elizabeth died yesterday, at age 96, after being on the throne for 70 years. That’s six years longer than Queen Victoria.

The issue isn’t whether or not she was the most effective monarch of the last century or so- she was- what’s interesting is how she managed to get that way. What was her secret? And what could other leaders learn from her shining example?

If one could distill why she was so effective into a single word, that word would be “SERVICE”.

As a teenager, instead of fleeing the country during the war and taking safety in Canada, she and her family stayed behind (and risked execution at the hands of the Germans should the nation ever fall). She volunteered to help the war effort, donned a pair of overalls, and became a car mechanic. In other words, instead of taking advantage of a lot of the privileges offered to her, she rolled up her sleeves and “mucked in”, as the English say.

Two years after the war ended, five years before ascending to the throne, on her 21st birthday Elizabeth gave a famous speech where she pledged to the British people that, regardless of what happened in the future, she would dedicate her life to serving them.

And that’s exactly what she did until the very end. For the next seven decades, she worked almost every day, going up and down the country, doing the unglamorous job of monarchy; attending endless openings of local supermarkets, community swimming pools, libraries, that kind of thing.

This was not a life of personal gain or enrichment. This was a life of duty.

“DUTY” is when you do something you’d rather not do, not because somebody made you, but because it needs to be done and there’s no better candidate than yourself, so you do it anyway.

Other words come to mind when we think of this iconic woman.

STOICISM– It can’t be easy being Queen, but her mantra was famously, “Never complain, never explain”. She never allowed her personal feelings to get in the way of the job.

MODERATION– Even though she is one of the richest women in the world, one never got the feeling from her that she was that fussed about luxury. Yes, she lived in a palace (and a castle), but that was only for Stately reasons. Though she dressed nicely, they were handmade dresses made by a dressmaker nobody had ever heard of, they weren’t flashy designer labels.

BREVITY– Can you think of a single misplaced word she uttered in the last half-century? Neither can we. Everything she ever said was calm, measured, and on point.

IMPARTIALITY– She always served whatever political party was in power to the best of her abilities, whatever her personal preferences might have been. She reigned for seven decades without offering the public the slightest whiff of what her real political opinions were. She worked with 15 UK Prime Ministers and 14 US Presidents of all stripes- and they all loved and respected her.

CONTINUITY– She reigned for seventy years. This means she was on the throne before most living Britons were born, reassuringly so. As Philip Larkin wrote 45 years ago:

“In times when nothing stood

But worsened, or grew strange,

There was one constant good:

She did not change.”

Lastly, SINCERITY– The British public can spot a phony from a thousand miles away. And whatever she may have been, good or bad, the one thing she never did was misrepresent herself. She cared deeply about her land and her people, and did whatever she could for their benefit, within the considerable limitations of Constitutional Monarchy. This became obvious during the COVID pandemic when she gave possibly the greatest speech of the 21st Century. She addressed the country as one nation- she wasn’t just speaking to the people that approved of her.

As we like to tell our clients, the aspects of leadership that are most valuable are the ones that cannot be faked. Few in history embodied that idea more than HRH Queen Elizabeth.

May her legacy endure.