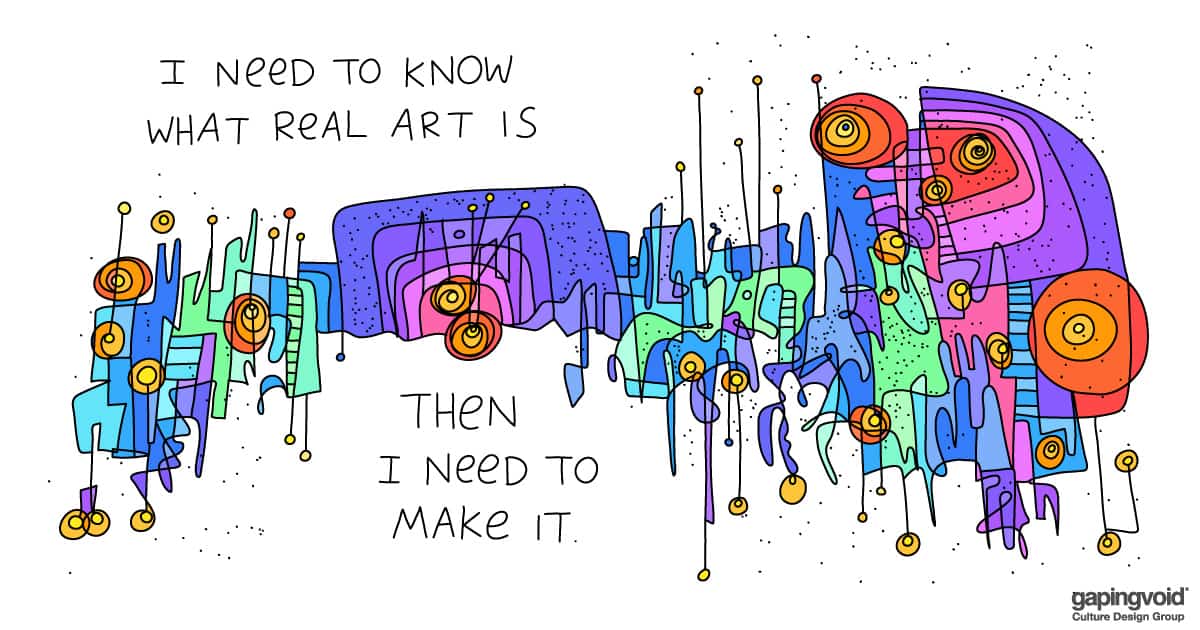 That would have to be our old friend, Steve Clayton.

Steve is the “Chief Storyteller” at Microsoft, where he oversees social, corporate communication, marketing, and all sorts. He supports and demos with CEO, Satya Nadella, at many of his public appearances.

The thing is, he didn’t apply for the job, he created it himself.

Back in 2005 or so, as a mid-level partner services director at Microsoft UK, Steve noticed that Microsoft had all these great stories, but nobody was telling them.

So Steve started blogging the stories, and the whole thing snowballed. Over the years, he demonstrated the power of stories to inform Microsoft’s position to its people, customers, and community.

But it didn’t come easy, nor overnight. There were a lot of steps along the way that could’ve easily gotten him fired- he was careful to build up the right coalition of friends and allies. In big companies, nobody gets anything interesting done without the right friends and allies; that’s just reality.

It takes a certain, peculiar soul to be an intrapreneur like Steve- you have both the stress & insecurity of being an entrepreneur, but all the politics and yin-yang of working for a large company.

But on the upside, you get to be creative with a HUGE amount of resources i.e they let you play with the big toys.

As always, it’s all about knowing thyself, knowing what the limitations are, and knowing if the combo works for you. Only you can answer that.

[Bonus Link, from MIT Sloan:] “Should innovation come from within the company or from without? The answer is both.” 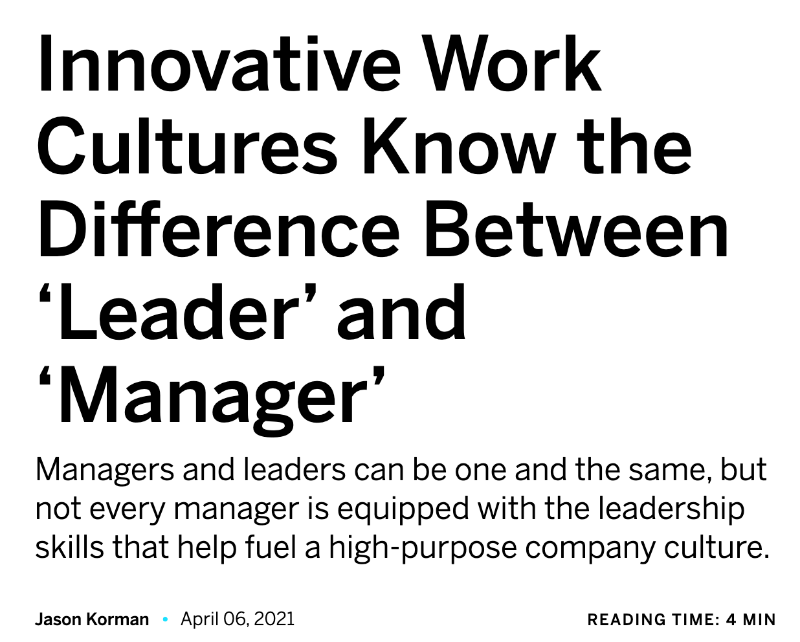 “A leader without followers is just someone out for a walk.”

Various versions of this saying, often attributed to author John C. Maxwell, are frequently used to encourage people in power to focus on inspiring others. But if you listen within many companies today, you may get the sense that a lot of them have forgotten — or never learned — the lesson in the adage.

Working with a wide range of organizations, I’ve come to see that overuse of the term leader often renders it nearly meaningless. Too many of the people given this moniker aren’t doing anything to inspire followers. Sure, they have some power in the hierarchy. But they’re not leading anyone anywhere.