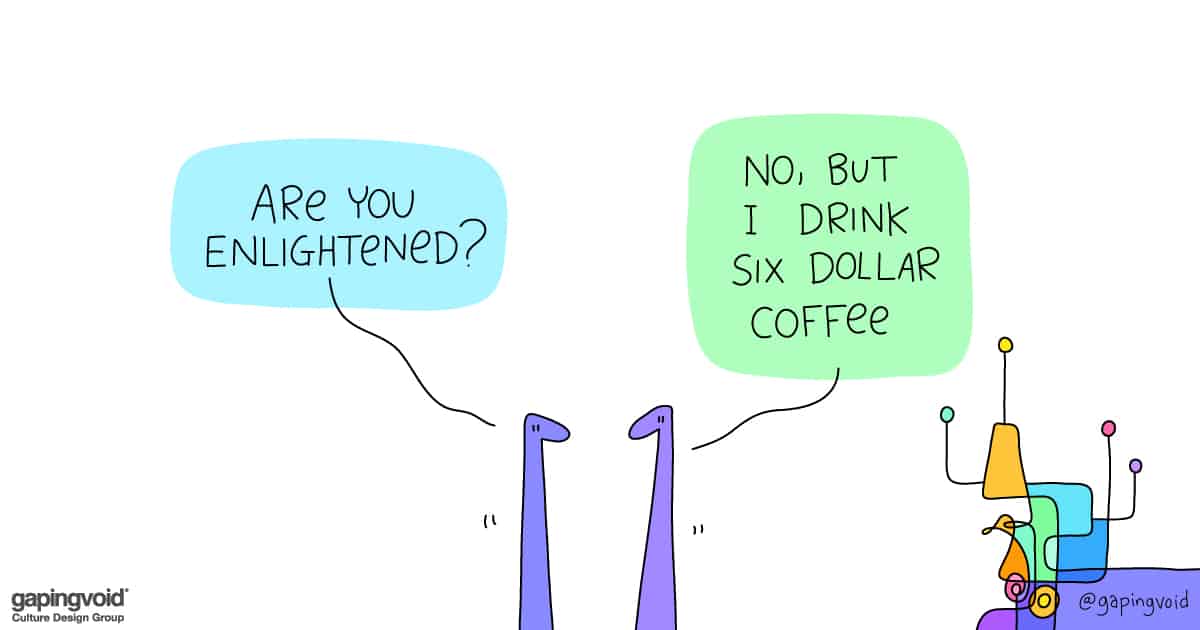 A nerd, basically, is someone who is interested in things far more than the average person. And yes, they’re pretty nerdy. Coffee occupies WAY too much of these folks’ mental real estate, it’s freaky to watch.

But then again, if anybody moves the culture forward, it’s the nerds.

A generation or two ago, few people paid more than fifty cents for a cup of coffee. Then a coffee nerd named Howard Schultz came along and changed everything with his Starbucks brand. Now five-dollar coffee is pretty common, at least in big cities. The nerds in the video are just a continuation of this.

Choose any subject- coffee, politics, technology, marketing, it doesn’t matter- and see who is dominating the conversation online, see whose site is getting the lion’s share of the attention.

Chances are, it’s a nerd getting all the love.

The Internet rewards nerdish behavior. Which means, so does the rest of the world.

Which means nerds will rule the world.

And not just nerdy stuff like five-dollar coffee and comic books, but stuff that matters. Politics, for example. AOC is a political nerd. All this woke activist stuff you hear about from colleges is from Cultural Marxism nerds of a similar ilk. And conservatives have their nerds as well, fighting their corner.

In other words, the Internet is the main curator and distributor of culture, and the Internet favors nerd culture. This means our culture will get increasingly nerdy over time, for better (e.g. coffee), or worse (e.g. Extreme Politics).

So then the next question is, where does your organization fit in the Nerdiverse? How well do the nerds in your sector rate it?

It’s worth finding out, wouldn’t you say?