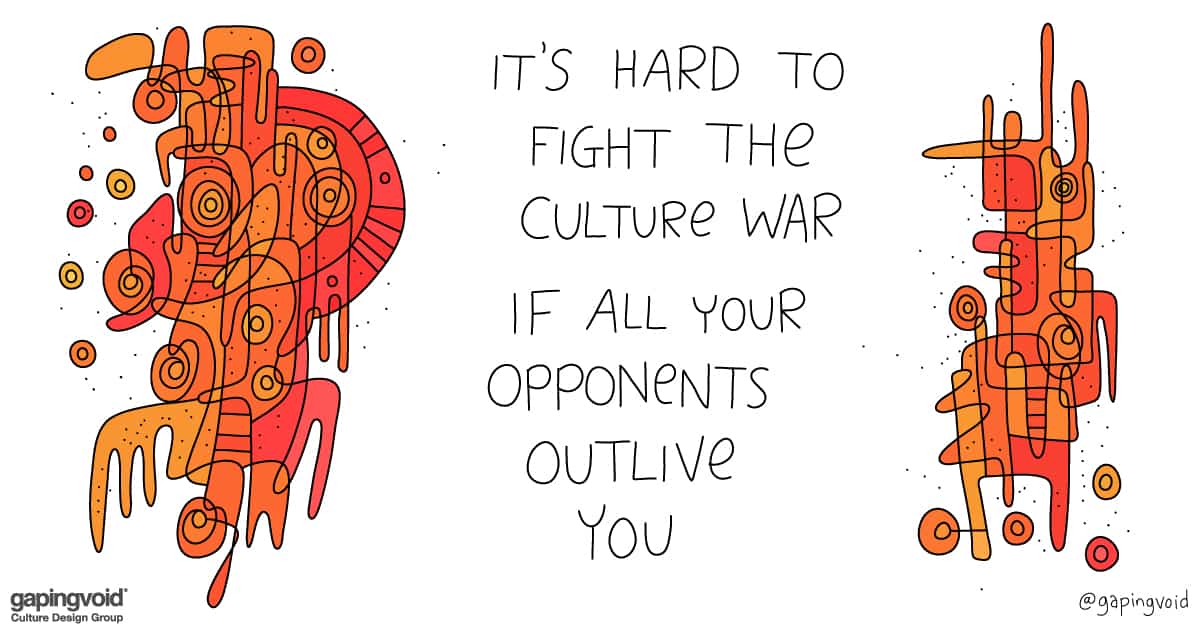 In the last year, there have been two books that have really excited us. Rory Sutherland’s “Alchemy” and Matt Ridley’s “How Innovation Works”.

Both are great reads. Both are fun, clever writers, both are British, both are friends of Gapingvoid who have contributed guest columns to our newsletter in the past.

Both try to grapple with the single most important issue in business: Innovation.

Why is innovation so important? Because as Microsoft CEO Satya Nadella says, that’s what business values more than anything else. That’s also what gets you killed careerwise if you don’t do it often enough.

Get the right culture, and the geniuses with their genius moments will reveal themselves. Get the wrong culture and, well, enjoy your People’s Bowl of thin, watery gruel, Comrade.

And this idea scales. “Culture” is not just about your company increasing its sales, “Culture” is a civilizational linchpin. It’s important stuff.

That’s all well and good, but that’s all theory. The next question is (and this is the space where Gapingvoid operates) is how you turn all this into action and execution.

Forget about… say, why the British were so innovative in the Nineteenth Century, or why Rockstar Company X was so innovative during Decade Y, what about an average company (Say, your own) right here and now. Today??!!

This is what our “Culture Science©” is for. To give both large and small companies the tools they need to take their culture game to the next level.