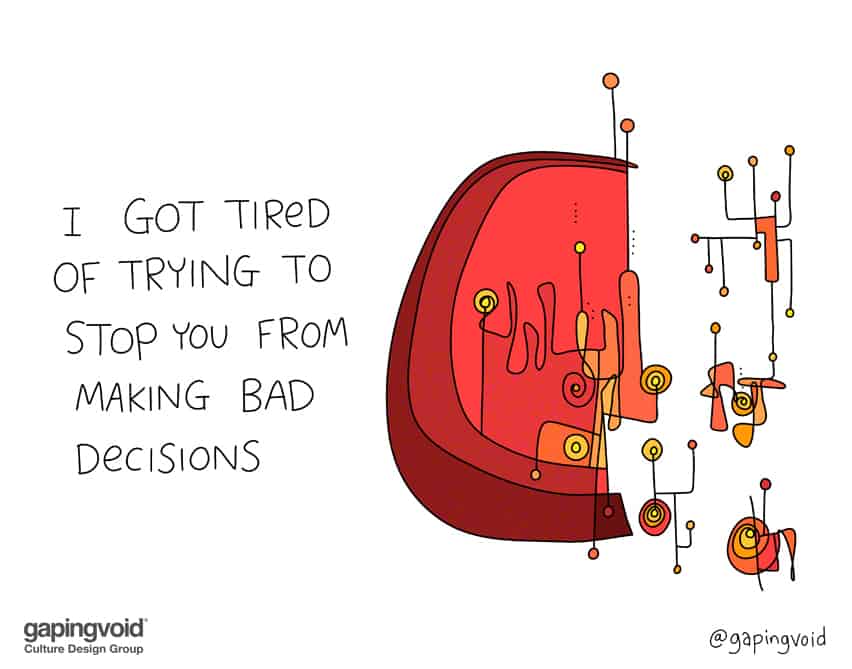 The great anti-establishment Australian publisher, Claire Lehmann was recently lambasting the big-city American intelligentsia for their lack of intellectual diversity:

“The pressure to conform exists everywhere but nowhere is it more stifling than in New York or San Francisco. Anyone in media, culture, arts & academia should think about moving away from these cities. They’ve jumped the shark.”

We could argue about how right or wrong she may be, but for sake of argument, let’s assume she is right.

Then the question becomes, why? Why the sudden move towards the norm? What’s the deal with all this sudden group-think?

Well, that’s easy. High rents plus low salaries (academics and media types are pretty low paid, relative to other professions), mostly living paycheck to paycheck (fairly standard in big cities), leaves one with very slim margins for error. You simply cannot afford to do anything that threatens your position (i.e. that thing that allows you to pay rent), and nothing threatens that position more than you are seen by your colleagues to have “wrong-think”.

So you do what everyone else does: you get yourself a set of “ideological best practices”, no different than- getting yourself the perfect outfit for cocktail parties or always making sure you have the latest gadget.

Basically, you figure out what successful members of your group are doing, and you copy them. Like Mark Earls says, this is basically how human civilization works. Copy, copy, copy.

“If Mini Cooper had followed best practices when it relaunched its iconic coupe in the early 2000s, it would have released a Ford Escort.”

There’s never been a better time than now to be an independent thinker, to try out new ideas in the marketplace, and basically have a go. And yet, Claire Lehmann has a point.