Culture is a social construct and training will never be the route to more diverse and inclusive organizations. Training solves information problems and our D&I challenge is an emotional and social anomaly; accordingly, the solution must solve that problem. Training is merely a box-ticking exercise that is convenient, feels safe for leaders, but has utterly failed.
Read more of Jason Korman’s opinion piece posted in Newsweek. 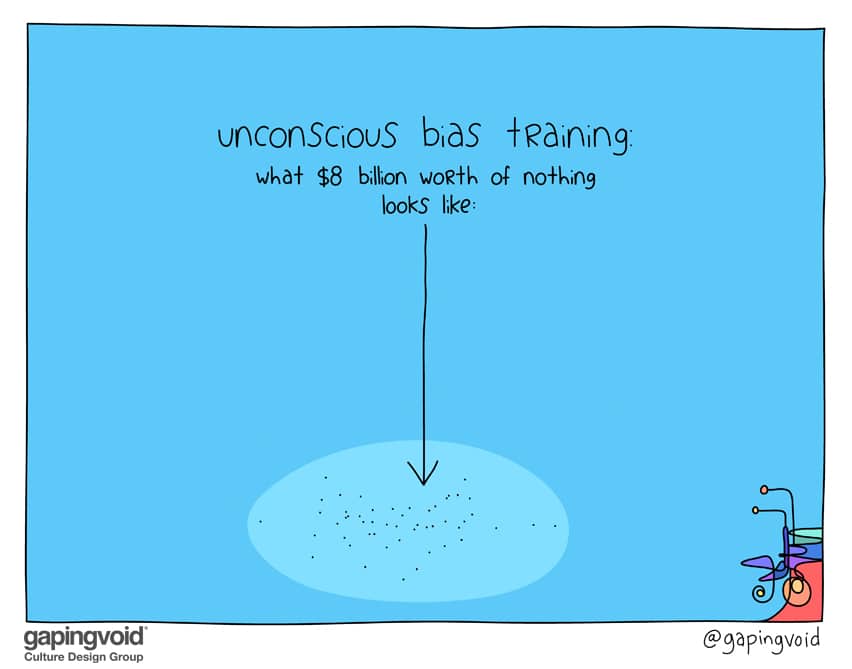 President Trump was wrong to call diversity training “anti-American propaganda” when it acknowledges, for example, that white people “benefit from racism.” That’s simply a fact — of course, they do. And his administration’s claim that these types of training “run counter to the fundamental beliefs for which our Nation has stood since its inception” makes no sense to anyone with even a rudimentary sense of U.S. history, which includes slavery, segregation, Jim Crow laws and more.

As CNN reports, the president’s decision to ban such training from the federal government was inspired by Tucker Carlson’s show on Fox News. Among the many people speaking out against the decision was Ibram X. Kendi, author of How to Be an Antiracist, who tweeted, “POTUS calls the treatment the sickness, and suggests the sickness is the treatment.”

But there is a piece of good news for those in the federal government who are committed to achieving diverse, inclusive workplace cultures despite the president’s order. Such “trainings” are not the only way—and not even the best way.

The benefits of diversity

First, it’s crucial to understand that diversity is of tremendous benefit to an organization even from a dollars-and-cents perspective. As the World Economic Forum put it, “The business case for diversity in the workplace is now overwhelming.” Among the benefits are “increased profitability and creativity, stronger governance, and better problem-solving abilities. Employees with diverse backgrounds bring to bear their own perspectives, ideas, and experiences, helping to create organizations that are resilient and effective, and which outperform organizations that do not invest in diversity.”