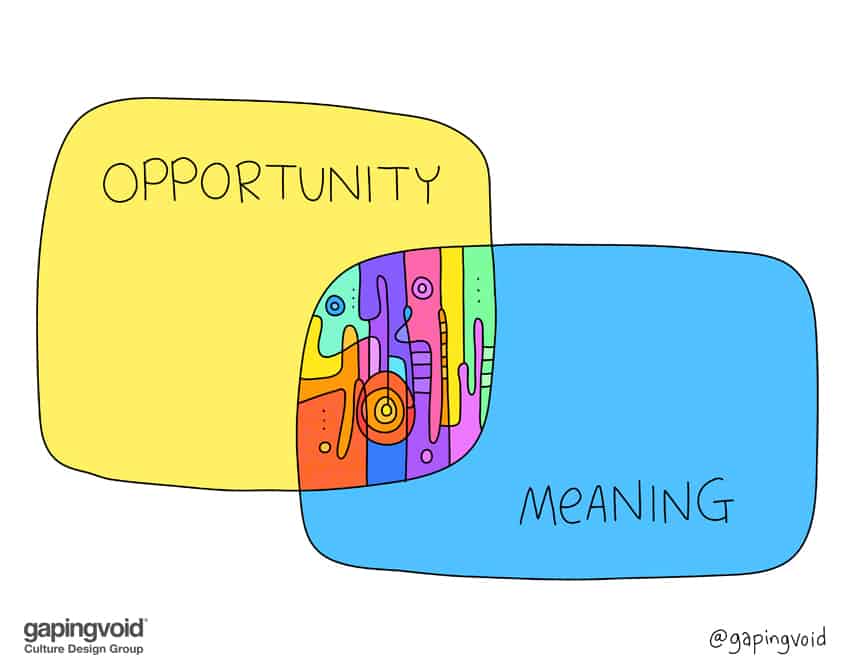 Our friends, Benjamin Hardy and Dan Sullivan have a new book coming out soon, and it reminded us of something that  Matt Mullenweg, the CEO, and founder of Automattic (the parent company of WordPress, which runs like, a quarter of the Western world’s websites) was talking about his job.

As it turns out, he spends most of his time not running the company, but talking to potential new hires. The latter is basically his day job.

Which makes sense. Everything else- operations, marketing, financials, etc- can all be delegated easily enough. But since a company is only as good as the people it hires, Matt makes it a priority. Good call.

What does Matt want? What does any CEO want? Somebody who can A. excel at the role they were given and B. who’s is a team player.

What do they want in return? First, an opportunity- money, a chance to advance their career, a chance to do something interesting? Secondly, they want meaning. They want however they spend their days to be worth it, spiritually, somehow, at least some of the time, at least on a good day.