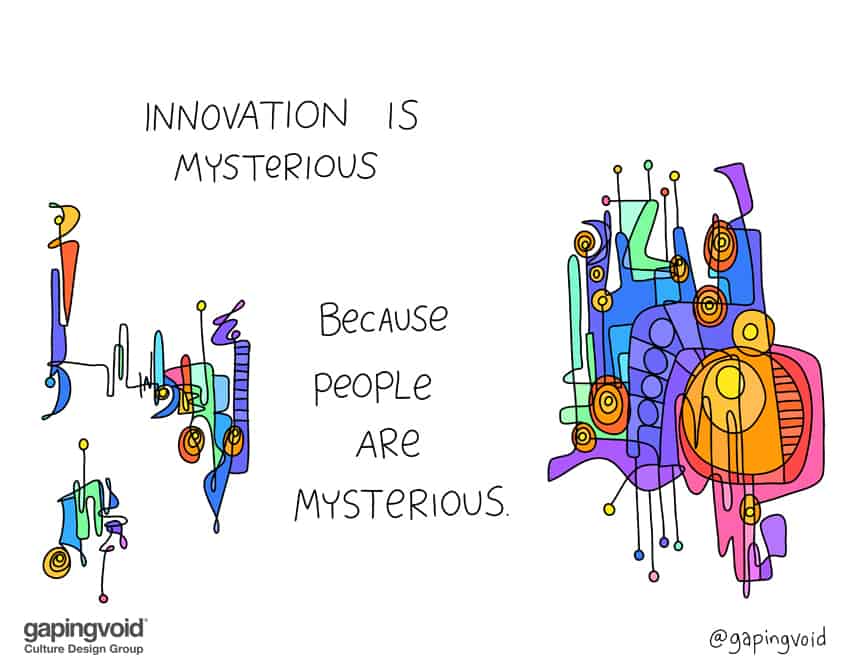 Matt Ridley is the bestselling author of The Rational Optimist and has written numerous hugely successful books on science, politics, economics, and technology. He holds a Ph.D. in biology and is a Tory peer in the House of Lords. His latest book How Innovation Works seeks to explain “one of the most important but least understood phenomena” in human life for business, politics, and scientific audience alike.

The word ‘innovation’ is invoked with alarming frequency by companies trying to sound up to date but with little or no systematic idea about how it occurs.

The surprising truth is that nobody really knows why innovation happens and how it happens, let alone when and where it will happen next.

Take sliced bread, for example. Best thing since, and all that. Looking back it is obvious that somebody would invent a way of automatically pre-slicing bread to make uniform sandwiches. It is fairly obvious that this would probably happen in the first half of the twentieth century when electrical machines were all the rage for the first time. But why 1928? And why in the small town of Chillicothe, in the middle of Missouri?

Lots of people tried to make bread-slicing machines, but they either worked poorly or they led to stale bread because it was not well packaged. The person who made it work was Otto Frederick Rohwedder, who was born in Iowa, was educated as an optician in Chicago and set up shop as a jeweller in St Joseph, Missouri, before moving back to Iowa determined – for some reason – to invent a bread slicer. He lost his first prototype in a fire in 1917 and had to start all over again. Crucially he realized that he must invent automatic packaging of the bread at the same time lest the slices go stale. Most bakeries were not interested, but the Chillicothe bakery, owned by one Frank Bench, was and the rest is history. What was special about Missouri? Beyond a general mid-twentieth-century American affection for innovation and the means to make it happen, the best guess is that it was a slice of random luck.

Serendipity plays a big part in innovation, which is why liberal economies, with their free-roving experimental opportunities, do so well. They give luck a chance. Innovation happens when people are free to think, experiment, and speculate. It happens when people can trade with each other. It happens where people are relatively prosperous, not desperate. It is somewhat contagious. It needs investment. It generally happens in cities. And so on. But do we really understand it? What is the best way to encourage innovation? To set targets, direct research, subsidize science, write rules and standards; or to back off from all this, deregulate, set people free; or to create property rights in ideas, offer patents and hand out prizes, issue medals; to fear the future, or to be full of hope? You will find champions of all these policies and more, fervently arguing their cases. But the striking thing about innovation is how mysterious it still is. No economist or social scientist can fully explain why innovation happens, let alone why it happens when and where it does.

In my new book How Innovation Works, released yesterday, I shall try to tackle this great puzzle. 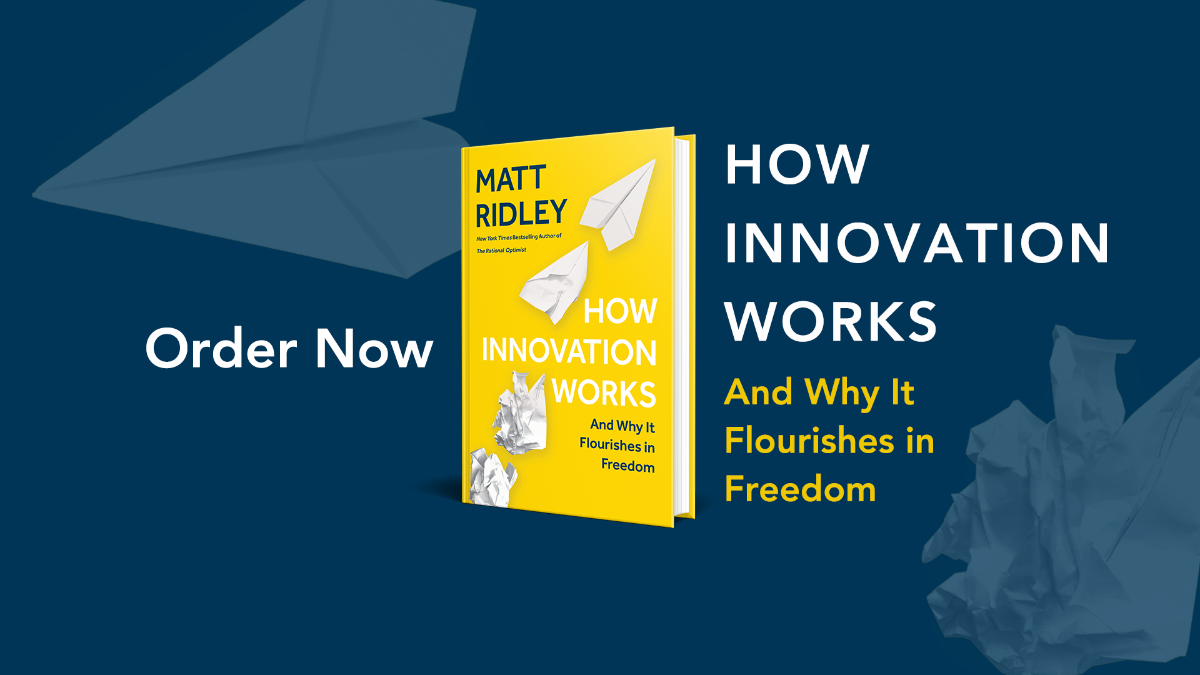 LINKS TO BUY “HOW INNOVATION WORKS”: