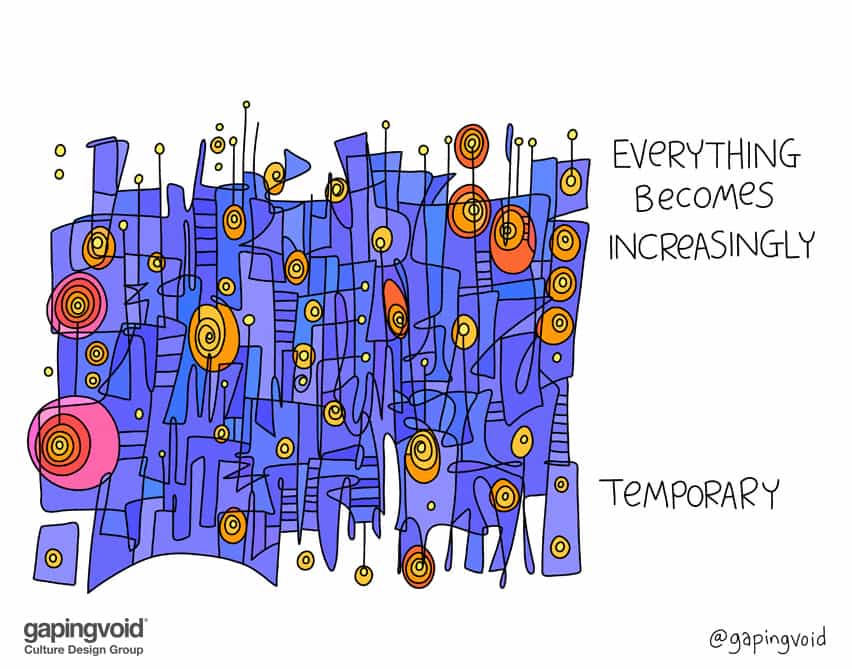 Intel wasn’t worried. They made the best, most powerful chips (i.e. microprocessors) in the world. Besides that, they had more money, more employees, and were spending more on R&D than anyone else. So nobody could touch them.

However, these chips used A LOT of energy; that’s what super powerful chips do. That was fine in the PC era, when computers sat on desktops, plugged into the wall.

But then the era of the phone came along. And phones need powerful chips that don’t drain the battery. And these high-powered Intel chips drained batteries VERY quickly.

Which meant, suddenly, that lower-powered, lower-energy, lower-price chip makers were able to come in and eat Intel’s lunch. Which they did.

Suddenly, Intel was worried. On paper, their chips were the best of the best, but now the world had changed, without asking them first.

We live in interesting times.