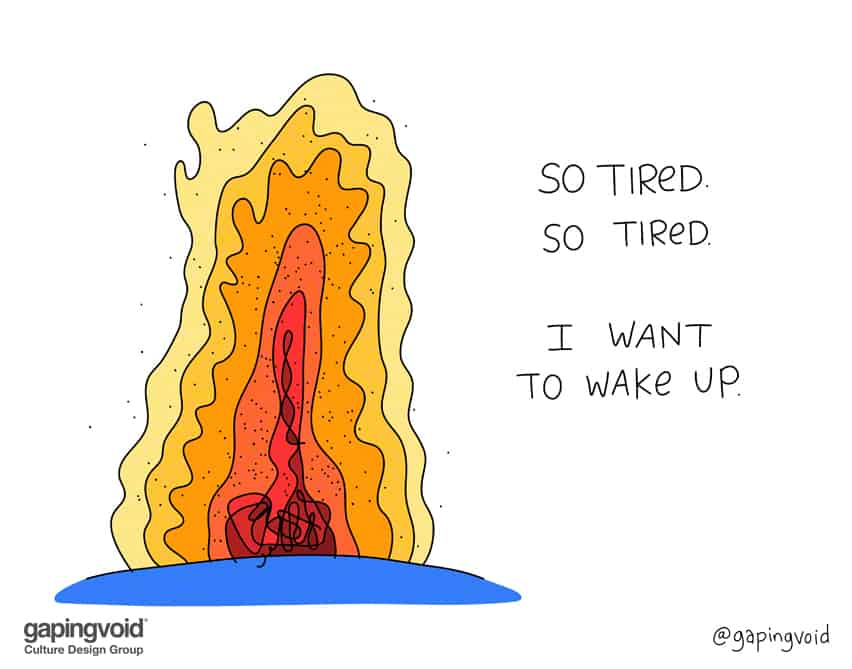 Seems there are two main forms of burnout.

The first is inherent burnout. You’re in an inherently high-stress gig, like healthcare, finance, air traffic control. Casualties are just part of the game, but everyone knows this going in, so nobody is surprised. You accept it as the cost of doing business.

The second is toxic burnout. This is the result of unnecessary conflict at work. A bad boss, a bad colleague, a bad client, bad, bad, bad…

In the latter case, the way to handle this is to quit. No job is worth this kind of poison. I know, this is easier said than done sometimes, but it’s doable. It may be the job from hell, but like everything else in life, it’s temporary and it can be handled.

In the former case, it’s just about knowing what you’re getting into. For example, everyone going in knows that the job of an advertising creative is a young person’s game. But, like an aging boxer, too many stay in the ring far too long, and end up getting the utter stuffing beat out of them.

At the end of the day, burnout is the result of conflict. If you can be intellectually honest about what the cause of the conflict is, that’s already half the battle won.