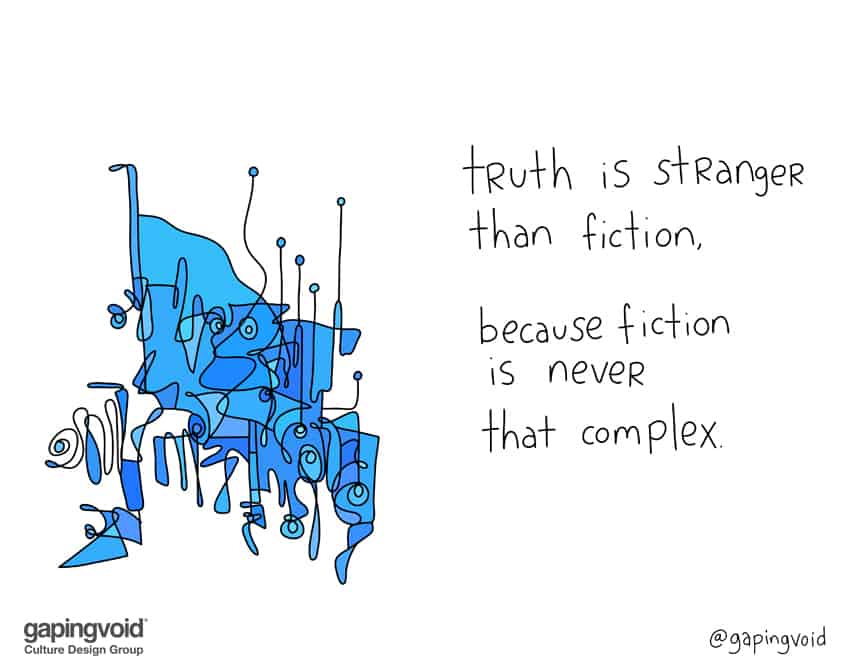 How Technology can make you more Human: Talking a Book about Anger and Economics.

Three years ago my co-author, Eric Lonergan, and I did a bunch of reading to kickstart a book project on why the world was so damn angry despite the world as a whole never being richer. The obvious answer is distribution. We have never been richer – on average – but no one gets the average. Like the old joke about Bill Gates walking into a bar and everyone – on average – becoming millionaires – in a world where the returns are absurdly skewed, you can expect people to get angry about it.

While we thought that this was a (large) part of the problem, it failed to explain such things as why some places that were quite equal (France, Sweden, Iceland) have their share of angry people too, and why the folks made worse off by such changes seems to want to close off from the global economy (Brexit, Trump) when in fact globalization makes us all – on average – richer.

To figure this out we sat down in London in 2017 with four iPhone 7’s and recorded a series of conversations around five themes: What is anger and why does it tell us? What generates and weaponizes anger in politics? Why do big macroeconomic crashes produce periodic outpourings of anger? What are the micro-level everyday stressors in our working lives that make us angry? How can we make people less angry and more secure without pulling everything down?

So we talked and then we got SIRI to transcribe what we said, and the result was ugly. It would have been easier to write the book from scratch. So we ironed out Siri’s errors, wrote it as a ‘normal’ book, and read it back. It sounded flat, preachy, wonky, and just like everything else out there telling people who are justifiably upset with the way the world works not to worry – we have it covered. But in reality, we were not so sure as we sounded.

So we decided to put the text back into the form it was recorded, as a dialog. In the form that the technology-enabled. A dialog is not a settled debate. A dialog allows disagreement and admission of what you don’t know. Putting it back as a dialog gave us a text that was much truer to our original ambition – to write an engaging short book for people who want to understand why the world is so damn angry that brings them into the conversation rather than telling them what’s wrong with them and what they need to do.

The book is called Angrynomics and is coming out with Columbia University Press in the USA and Agenda Publishing in the UK in June 2020. 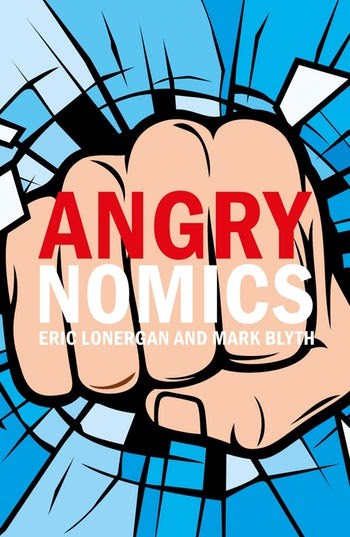 PRE-ORDER YOUR COPY OF ANGRYNOMICS