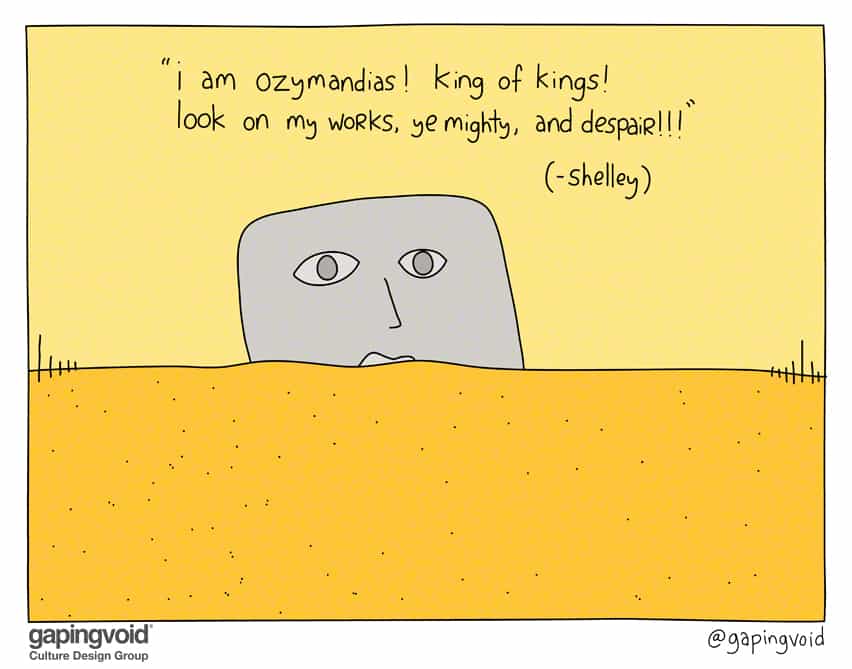 The following was written by Joshua Benton, and posted on his Twitter stream. Joshua is the director of the Nieman Lab at Harvard.

141 years ago, on New Year’s Day, a boy was born in Tolcsva, a village connected only a few years earlier to the rest of Hungary by rail. He was the first of what would eventually be 12 born to parents Michael and Hannah.

They arrived in the Lower East Side of New York with little to their name. And soon the boy, like millions before and after him, shed his name to become American. “Vilmos” became “William.”

William sold candy on the street. He worked as a newsboy and in a garment factory.

He scraped together some money and at 25 bought 1/3 of a small nickelodeon in Brooklyn. He was a good businessman; one nickelodeon became several, then theaters.

William started buying the rights to films made in the still young Hollywood — both to show them in his theaters and to distribute them to other people.

But he didn’t like being dependent on someone else for the movies that went on his screens.

Other movie companies used patents to try to squeeze him out of the business.

He sued, and he won. But it reinforced his feeling that he needed to control his *entire* product — not just distributing and showing movies, but making them too. So he started a studio.

In 25 years, William turned that one fractional nickelodeon into a truly epic film and theater empire.

The kid who sold candy on the street was now personally worth $35 million. His companies collectively were worth $300 million — in *1929 dollars.*

1929 was when it all fell apart for William.

That July, his chauffeur was driving him and a friend on Long Island and smashed his Rolls-Royce into another car.

His driver was killed; William’s skull was fractured and he spent months in a hospital.

Then, in October, the stock market crashed. William was over-leveraged, and his debts were called.

In just a few short Depression months, it was…all gone.

He lost control of his company in a hostile takeover. He fought for seven years to stave off bankruptcy; his low point came when he bribed the judge in the case — and got caught.

Not smart: He was charged and convicted of obstruction of justice. He did six months in prison.

William had been on top of the world. And now he was a nobody.

In 1949, the NYTimes mentioned him offhand in a story and said he was dead. He wasn’t dead, just forgotten; they had to run a correction the next day.

But a corporate quirk has kept William’s memory alive for decades.

He lost control of his movie empire in 1930 — but the money men who took it over kept its name.

You know the rest — 20th Century Fox went on to be one of the biggest studios in the world.

…until today, that is.

Disney knows branding, and it wants to avoid the taint of Fox News — a deeply polarizing brand that’s now part of a different company.

(Ironically, the “20th Century” part of the name will now outlive the “Fox” part — despite it being, you know, no longer the 20th century.)

He started a movie studio.

And today — 115 years after bought 1/3 of a Brooklyn nickelodeon, 90 years after he lost a $300 million empire — that disappeared for good.